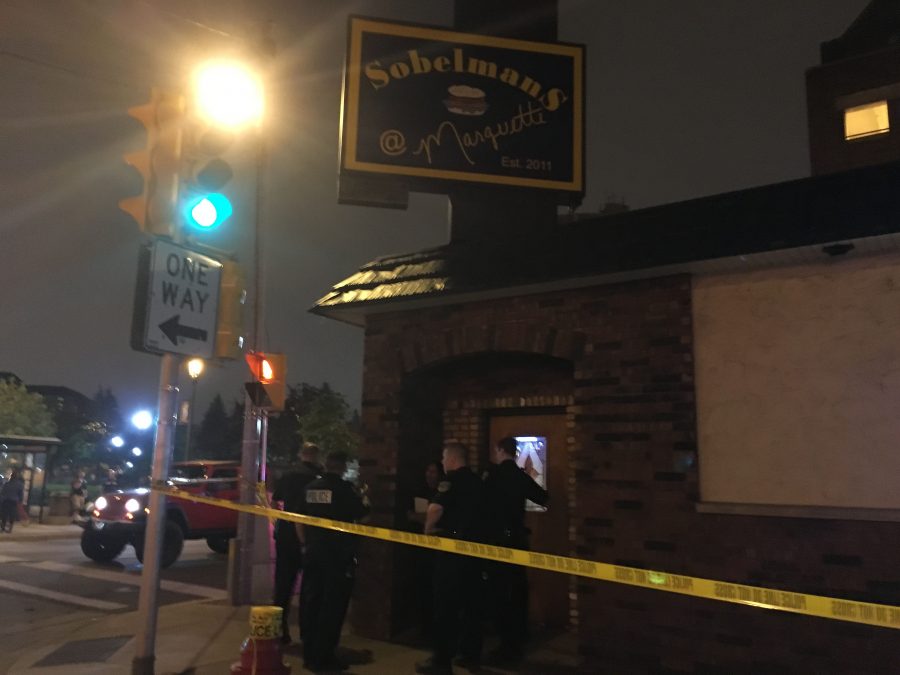 According to the student, the shots were fired around 7:30. After the incident, the suspect fled the scene. Photo by McKenna Oxenden/mckenna.oxenden@marquette.edu

The Milwaukee Police Department and the Marquette University Police Department are investigating gunshots that were allegedly fired earlier Wednesday evening outside Sobelman’s Pub and Grill. Four students sustained minor injuries, reportedly from shrapnel of the bullet hitting the wall.

According to a public safety update issued by Marquette Police, a male in his 20’s accidentally discharged a firearm outside the front doors of the restaurant. The suspect immediately fled the area.

One Marquette student said he heard three “pop” noises, almost like fireworks. The student said he never felt threatened and that no one suspected anything out of the ordinary—he and his friends were even seated and then served before being questioned.

“It seemed like an accident. They were just three guys who wanted some wings and some guy had the safety off and the gun discharged,” the student said.

This is a developing story.