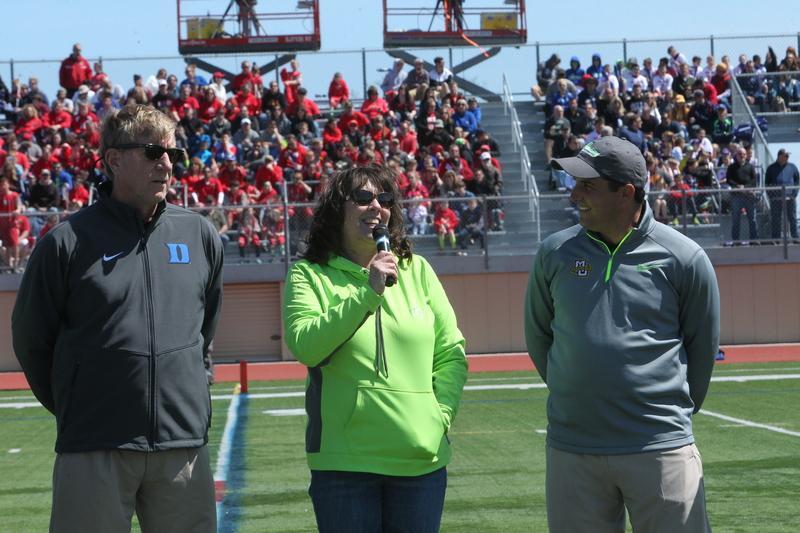 Marquette is the first head coaching position for Joe Amplo, who was an assistant at Hofstra before coming to Milwaukee in 2011.

Marquette has responded to reports that men’s lacrosse coach Joe Amplo was interviewing for the head coaching vacancy at Princeton, announcing that Amplo and the university are working on a contract extension.

“Leading this program since its inception has been a wonderful journey,” Amplo said in a release. “The players have challenged me to become a better person and taken the entire Marquette community on a ride that is filled with joyous memories. My wife Jen and three girls have made Marquette Lacrosse our family business and we could not be happier to continue this journey as we look to keep building this program to remain amongst America’s great lacrosse programs.”

Ryan Danehy reported yesterday that Amplo was one of three coaches who went to Princeton’s campus for an interview.

Amplo is the only coach in Marquette lacrosse history, taking the job in 2011. He led the Golden Eagles to their first BIG EAST title and NCAA Tournament berth this season.

“Marquette is committed competing at the highest level in lacrosse and we are thrilled that Joe is again affirming his commitment to this program,” Director of Athletics Bill Scholl said in the release. “Joe’s work has positioned Marquette among the sport’s leaders in a very short amount of time and we are excited to know that he is going to continue to be with us in Milwaukee.”

What makes this announcement unusual is that no agreement between Amplo and Marquette has been agreed upon at the time of the release. The move is likely one to ease fear from within the program, especially since Amplo and the team will depart for a ten-day trip to Italy on Monday.