The 1975 return to Milwaukee 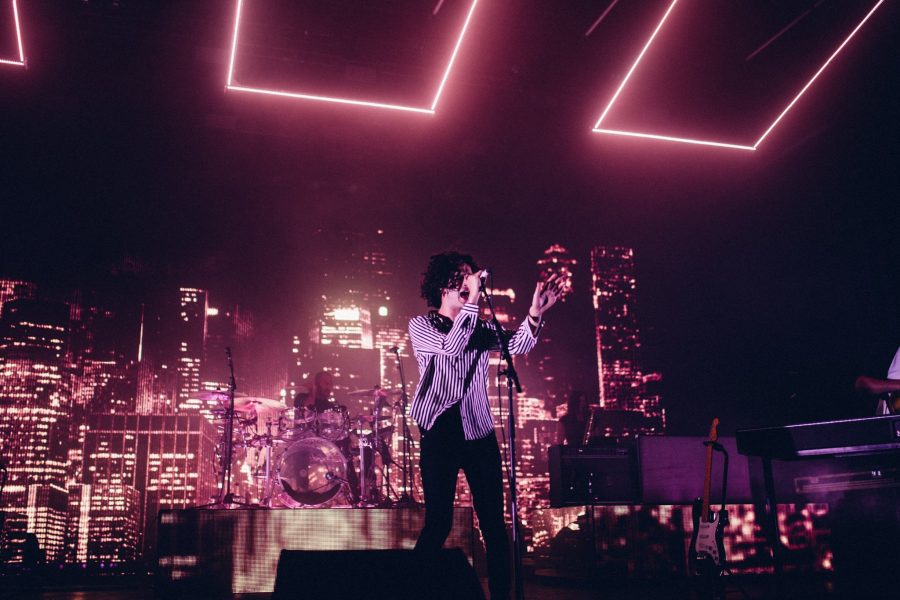 Milwaukee welcomed English Alternative band The 1975 back to the Rave/Eagles Club on May 24 for the FM 102.1 Big Spring Show. Enthusiastic fans formed a line stretching all around the building hours before the show even began.

The 1975 has been touring internationally for their latest album, succinctly named I Like It When You Sleep, for You Are So Beautiful yet So Unaware of It. Their show at the Eagles Ballroom open just like the album with its first three tracks all in a row, including their singles “Love Me” and “UGH.”

The band’s energy was palpable and contagious, and they had some of the coolest and most creative light displays of any show I have ever seen. The lights created pink-tinted city skyline behind the band during “UGH,” they turned the stage into a wall of neon-blue mirrors for “Robbers,” and they turned into black and white blinking insanity for “Sex,” which probably could have given someone a seizure.

Some of the energy died down as the set went on. For a band with as many indie-pop hits as the 1975, they were not afraid to play their slower, more quiet songs. I could tell that some people around me were beginning to get a little bored with all the slow songs, but then I noticed people ahead of me who were singing and dancing along to every word, synthesizer, and guitar riff the band played. These were the people this part of the set was meant for: the die-hard fans.
Things picked up again when they played “Girls” and “If I believe You,” two of my personal favorites. From there it was all the big hits until the end, and the crowd went crazy for each of them. Overall, the 1975 delivered a performance that was worth standing outside for hours in line for.