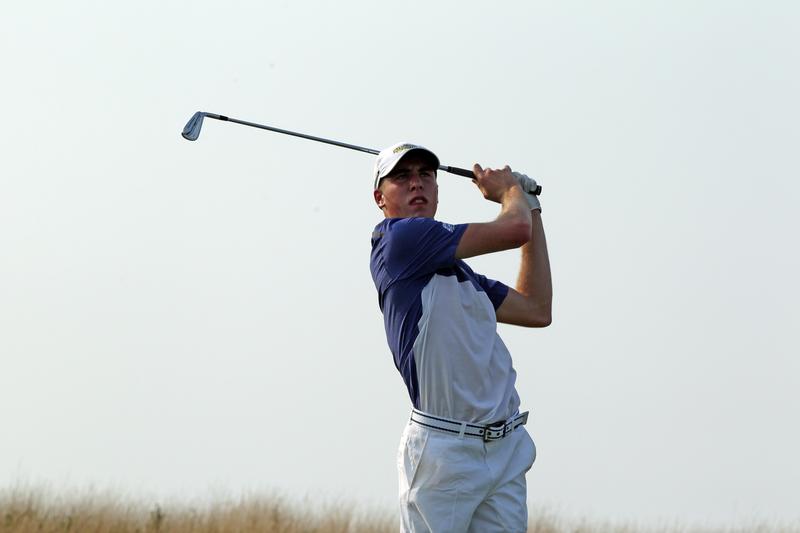 Oliver Farrell finished tied for 14th at the tournament.

Despite an impressive start, the Marquette Golf team failed to repeat as BIG EAST champions. The team finished fourth out of the nine-team competition with a score of 898 and 34-over par.

Although the final team rank was a slight disappointment, there was a celebration of sorts regarding the high level of play from the Golden Eagles. Most notably, it was senior Nick Nelson who finished tied for ninth in the 45 competitor field with a score of 222 and six-over par.

“It wasn’t what we were looking for, but at this point my focus goes to thanking our seniors for what they’ve done,” said head coach Steve Bailey.

While it was a senior who paved the way, the finishes of freshmen Oliver Farrell and Charlie Maleki offered evidence that the future for Marquette golf will be bright.

Farrell continued his impressive year by finishing tied for 14 with a score of 225 and nine-over-par. Maleki wasn’t far behind, and finished tied for twenty with 227 strokes.

“We had some good rounds and good stretches of play, but what we saw from Georgetown was quite impressive,” Bailey said. “They just went out, and ran away with it, and won it.”

Unfortunately for the Golden Eagles, it was an impressive day for the Hoyas that ensured they would not repeat for the BIG EAST title. As a team, Georgetown finished on Par with 864 strokes, and featured four of their competitors in the tournament’s top ten individuals.

While the team will be losing three seniors in Nelson, CJ Swift and Zach Gaugert, Bailey feels that their impact will be felt long after they’ve left.

“They’ve left a good mark on the program and paved a good path for these young guys too,” said Bailey. “I’m going to miss them for sure.”

With the conclusion of the BIG EAST tournament, the Marquette golf team will now begin preparation for hosting the Kohler region of the NCAA Golf tournament.