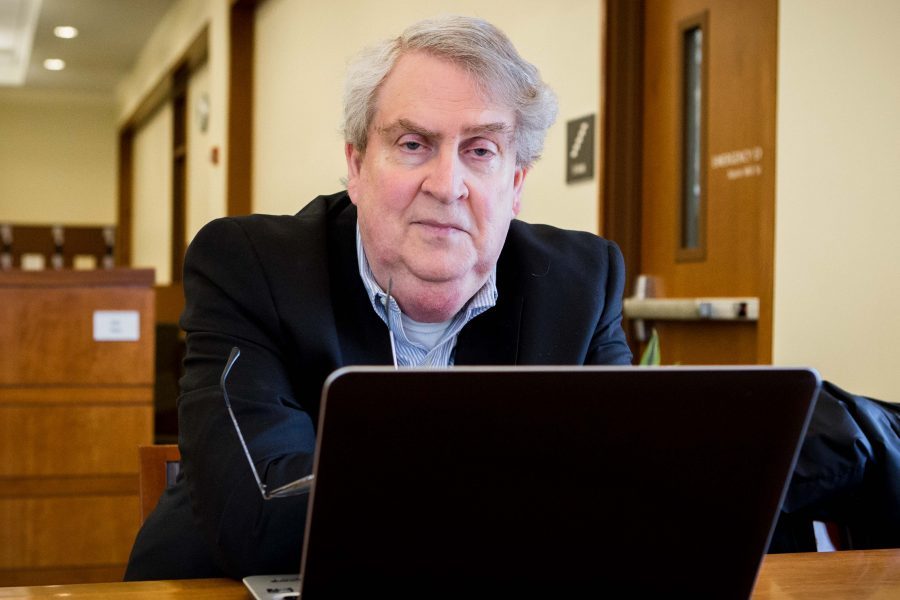 Suspended Political Science Professor John McAdams announced Monday that he is suing Marquette after his role in a 2014 controversy, and the university responded by welcoming the lawsuit and releasing the related Faculty Hearing Committee report.

At a press conference conducted by the Wisconsin Institute for Law & Liberty, McAdams’ lawyer Rick Esenberg said a breach of contract action was filed in the Milwaukee County Circuit Court.

“Marquette holds itself out, as it should, as an institution committed to academic freedom,” Esenberg said. “We intend to hold it to that commitment.”

The controversy started when McAdams published a post on his blog, Marquette Warrior, to criticize former Teaching Assistant Cheryl Abbate for allegedly stopping her students from discussing anti-gay marriage views in her Theory of Ethics class.

University Spokesman Brian Dorrington said in a statement that Marquette is welcoming the lawsuit.

“The public will hear a comprehensive account of Dr. McAdams’ mistreatment of our former graduate student, rather than the select details he has handpicked to promote his false narrative,” Dorrington said in the statement. “Once all the facts are made clear, Marquette fully expects that the decision to suspend him will be upheld.”

The Marquette Alumni Association Board of Directors released a statement saying they endorse the university’s actions. The Marquette Board of Trustees, Executive Committee of the University Academic Senate, University Staff Senate and 2015-’16 Student Government President, Zack Wallace, have done the same.

The post gained national attention and caused the Westboro Baptist Church to picket campus in December 2014. Abbate received threats and criticism, mainly from anonymous persons online, leading her to transfer to the University of Colorado Boulder.

“(McAdams) continues to call (Abbate) out by name in his blog, and even recently went out of his way to name the university where she is continuing her studies today,” Dorrington said. “These actions have exposed her to additional harassment, more than a year after she left Marquette.”

Esenberg said McAdams is seeking some damage payments but, overall, the case isn’t about money. McAdams said he won’t accept any amount of money to walk away from the case because he wants to fight for academic freedom.

If he were to lose the case, McAdams said it would show that Marquette thinks “tenure doesn’t mean very much.”

McAdams was suspended with pay and banned from campus for the spring 2015 semester while the university conducted a conduct review of the controversy. In February 2015, McAdams was notified that the university was starting the process to possibly revoke his tenure and dismiss him from faculty.

Part of that process was to assemble a Faculty Hearing Committee, which met in the fall 2015 semester to draw up a recommendation for University President Michael Lovell on if McAdams should be removed. Lovell announced in March that he decided to have McAdams serve a semester-long suspension without pay, but with benefits, and submit an apology for his actions. McAdams refused this punishment.

“The committee unanimously concluded that he violated his core obligations as a tenured professor and that he should be suspended,” Dorrington said in the statement.

The previously private Faculty Hearing Committee report was made public by Marquette Monday after the lawsuit was filed.

Marquette said in an April press release that it doesn’t think the incident is about academic freedom but about the way Abbate was treated. McAdams said he wouldn’t have used Abbate’s name in his post if he knew about the abuse she would receive.