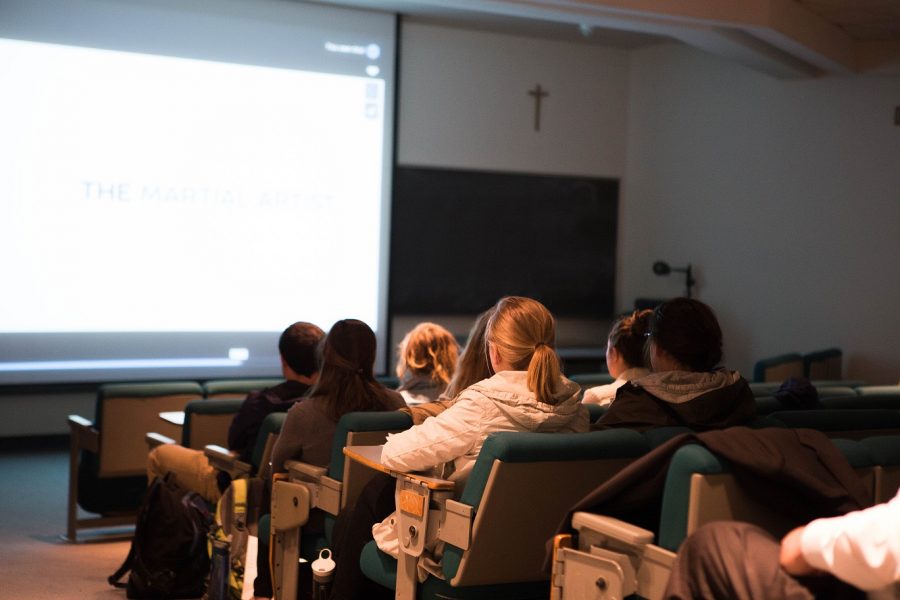 The newly-formed Autism Consortium conducted its first meeting Tuesday evening in Cudahy Hall to discuss improvements to support those affected by autism spectrum disorder at Marquette and the surrounding Milwaukee community.

The meeting began with a video screening of the short film “Spectrum.” It outlined how the broad range of ASD affects how individuals perceive what is happening around them. People with ASD struggle with sensory overload, which means that senses such as sight, sound and touch may be more vivid or even painful to process.

Participants reflected on the film before discussing potential action the consortium could take to further increase opportunities for awareness, education and research surrounding ASD.

Emily Hibbard, a junior in the College of Professional Studies and a student member of the Autism Consortium, has a 5-year-old son with autism and said she is excited about the potential of the consortium.

“A big misconception is just not being an advocate, not understanding that people with autism in such a broad range that, I guess, people are uninformed that there are autistic people that can really function very highly in society,” Hibbard said.

Amy Vaughan Van Hecke, assistant professor of psychology and the consortium director, said she chose the film because it highlights that each person with ASD has a unique experience of processing the world.

“I thought that (“Spectrum”) was a beautiful portrayal of different experiences people had and the range of those experiences,” Van Hecke said. “To just kinda make us think about what we see is not necessarily the same as someone else sees.”

Norah Johnson, assistant professor in the College of Nursing and faculty Autism Consortium member, said instead of having issues processing and analyzing information intellectually, individuals with ASD struggle to clearly communicate what they are thinking or feeling in the midst of sensory overload.

“It’s about making sure that people on the spectrum rise to their fullest potential,” Johnson said. “And that’s up to us as speech therapists and health care providers and family members.”

“The outcome of families with children on the spectrum is quality of life – however you define it,” Johnson said. “Most people think it is physical health and mental health and a job and independence.”

Those in attendance were Marquette undergraduate students, including the student organization Marquette Students for Autism Advocacy. In addition, Marquette genetics, speech pathology, psychology, nursing and English professors attended and discussed how to better collaborate within their specific research surrounding ASD.

One Marquette alumnus and Autism Consortium member, Joe Rock, spoke about his 11-year-old son who has autism.

At the end of the meeting, participants spoke about possible events for next year. In October, the Autism Consortium, Marquette Chess Club and the Autism Society of Wisconsin will host a chess event to fundraise for ASD research and programs. The Consortium is also planning events for next April’s Autism Awareness Month.

“We want this to be for anyone in the Marquette Community – students, staff, faculty, alumni, students at Marquette that may have autism – we hope they would feel safe enough to join us,” Van Hecke said. “Tell your friends. Join our voice.”