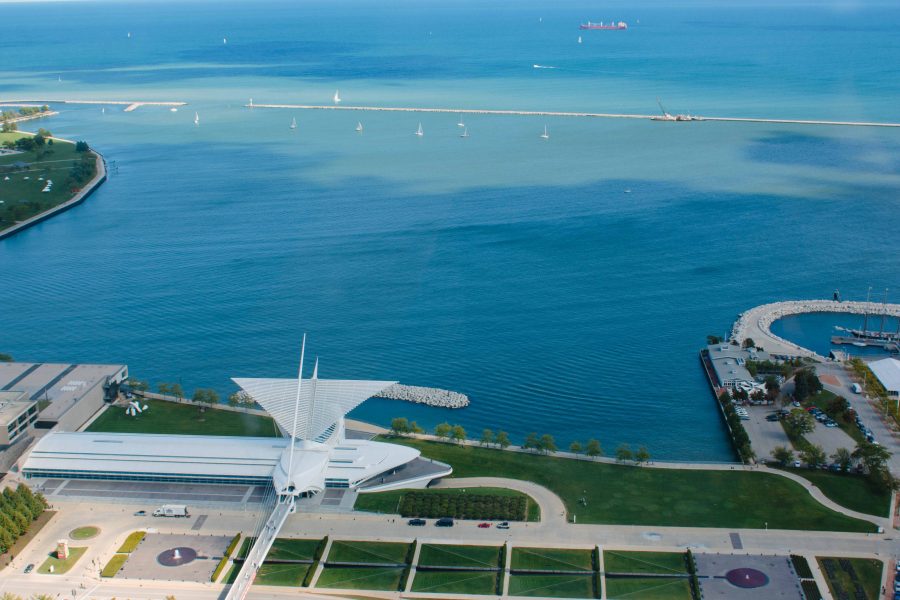 Milwaukee is on the cusp of an “urban renaissance.” City development is rising as quickly as the 32-story Northwestern Mutual Tower and the anticipation for the Milwaukee Bucks arena and Marquette’s Athletic Performance Research Center.

Most assume this revitalization will bring a fresh face to Milwaukee, providing many new ways for the community to work and play. The hope is that the revival will help resolve Milwaukee’s brain drain issue. In recent years, the state of Wisconsin has experienced many college students leaving to seek out job opportunities in other states, which has significant impact on the state’s innovative and economic growth. The price is right for living in Milwaukee, especially for those beginning their professional careers in the city.

But new places to work and play and easier costs of living, while enticing, may not be the answer to bringing people to Milwaukee or keeping them here. The city needs more than new things; it needs a culture that unifies its people. The question is, what exactly does that culture look like, and how is it attained?

For a smaller city, Milwaukee needs something signature that makes people think, “I have to live here. I have to work here.” At this point, Milwaukee’s culture reflects its city formation in that there are so many things happening throughout its 37 neighborhoods. Hundreds, if not thousands, of cohorts of organizations, businesses and communities are going about their own initiatives because they care for the city in some way, but again, camaraderie between them is lacking.

Almost everyone can agree Milwaukee’s culture is shaped by beer. Historically speaking, this is true, but a “revitalized” Milwaukee culture cannot rely solely on beer because it is no longer novel to Milwaukee. Since 2014, all regions of the U.S. have been part of a beer industry boom. Beer drinkers are a cohort and can be found anywhere in the U.S. If you want to make the argument that this city’s beer consumption is unique, go ahead, but you can’t force people into a culture, and a beer culture is exclusive.

Milwaukee’s ability to brand itself needs revamping, too. A recent ongoing attempt to unify neighborhoods and cohorts of Milwaukeeans is through the People’s Flag of Milwaukee competition, which has been designed to adopt a flag for the city that reflects the perspectives of the citizens. The current flag has been labeled by Urban Milwaukee as “The Worst City Flag in America.” There’s also a Ted Talk by Roman Mars that points out the Milwaukee flag as one of the worst designed city flags. To be fair, the flag is messy. It looks like every important aspect of Milwaukee was thrown together, including a city skyline, another flag, a boat, the founding date and even “Milwaukee” at the bottom.

There are some organizations that work to rebrand this city. For example, the NEWuakee organization works to create programs and initiatives that motivate Milwaukeeans, old and new, to craft a city where everyone wants to be involved. Last summer, they had the NEWaukee Night Market, which supported the local economy by providing a place for people of all backgrounds and ages to explore art, craft and food vendors. This event is one example of togetherness of which the city of Milwaukee needs more.

For this revitalization to be fully successful, Milwaukeeans need to come together to voice all the city has to offer. A unified city culture can play on the fact that there is so much to offer throughout its many neighborhoods, and requires organizations and businesses to continue to cross boundaries of comfort to best understand what else is happening in this city. Milwaukee patrons can do more to spread awareness of the happenings throughout and beyond the city.

Sometimes it takes an outsider to illuminate what’s been true all along. And maybe Milwaukeeans should listen to a visitor’s perception of the city and emanate that as part of its culture. A recent New York Times review by Lucas Peterson labelled Milwaukee’s appeals as “vibrant and cheap.” Peterson described Milwaukee as “a sensibility that incorporates equal parts worldliness with small-town friendliness.”

This city has so much potential, and faith in the revitalization only affirms that. Whether your plan as a Marquette student is to spend only four years or the rest of your life in Milwaukee, it is important to engage in its growth and promote unity across neighborhood boundaries, no matter your age or knowledge of the city. When you engage and envelop yourself into niche communities, you will learn and adapt the culture as it is and in part it will be shaped by your individuality and participation. Looking ahead, it is important to cheer on the new, but even more important to cheer on the city for all that it is, past, present and future.