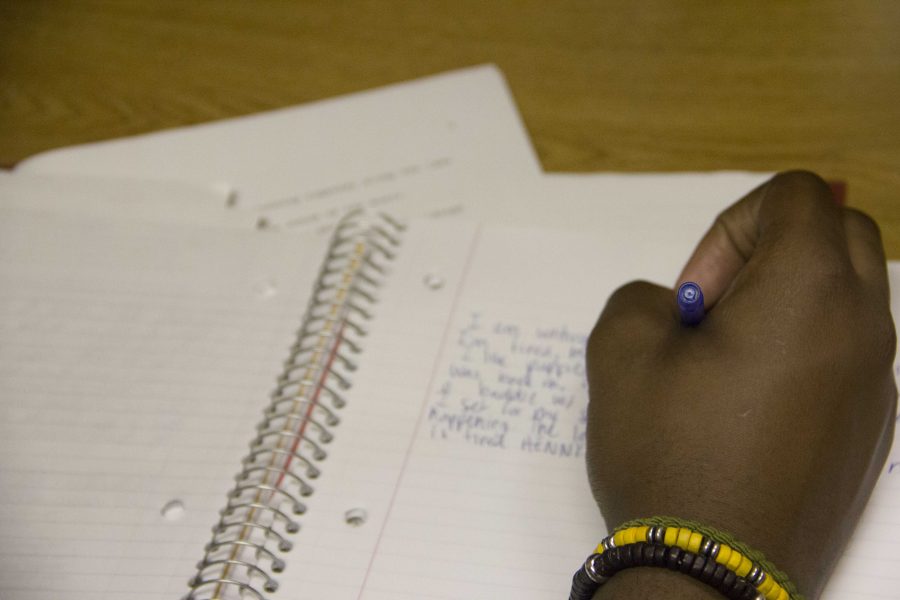 It’s the most wonderful time of the year when group projects in virtually every class threaten to derail your hard-earned grades. It’s a classic free-rider experiment. After four years of staring at Google docs and anxiously waiting for signs of collective action, I have come to a disturbing conclusion: We are all terrible writers. The issue is more than a few awkward phrasings, incorrect verbs tenses or spelling errors. Yes, I have regrettably put my name on multiple group papers that were almost entirely incoherent. It leads to the question as to how students who don’t understand the difference between “effect” and “affect” managed to get into college in the first place. Who is to blame?

I was curious as to whether this was a widely acknowledged issue in the higher education system, and it is. After searching “college students can’t write,” hundreds of results pop up citing study after study indicating that writing performance nationwide has taken a nosedive, especially in the last 10 years. A study published by the National Center for Education Statistics in 2011 revealed that a mere 24 percent of eighth and 12th graders were proficient in writing, or able to communicate clearly an idea in writing. Only 3 percent were considered advanced. Over half of students in both age groups were considered basic level, meaning their test performances showed, “partial mastery of the prerequisite knowledge and skills that are fundamental for proficient work at each grade”

Frustrated college professors have placed a lot of the blame on common core standards and decontextualized lesson plans. American students are taught the basics of grammar, punctuation and spelling through rigorous reinforcement and testing in earlier years, but those skills are seldom applied when students are evaluated through different methods such as long essay questions. The expectation is students have mastered the basics by high school, but grade-based lesson plans don’t seem to set up students effectively for the opportunity to become successful writers.

Others suggest a shift has occurred and society simply places less value on English language and literature. In a world that puts engineers, doctors and technologists on pedestals, the interest in English is diminished. Instead, it becomes a specialty discipline rather than an imperative. Have college students missed the window of opportunity to become good writers? It’s a scary thought.

Colleges are not only feeling pressures from freshman rhetoric professors who have suddenly found themselves relegated to grammar teachers, but also employers that have been hard pressed to find college graduates that can speak and write effectively. A 2013 survey conducted by the Association of American Colleges and Universities found that 80 percent of the 318 employers surveyed suggested universities should “focus more on written and oral communication.” What use is a $140,000 college degree if new grads can’t write a coherent cover letter?

Perhaps I’m speaking for myself, but I would have benefitted a lot more from multiple English classes than from “the four P’s of marketing.” An idea is only as powerful as one’s ability to communicate it, right? The American education system must iron out the kinks soon, or college students might find themselves doing Daily Oral Language exercises once again.