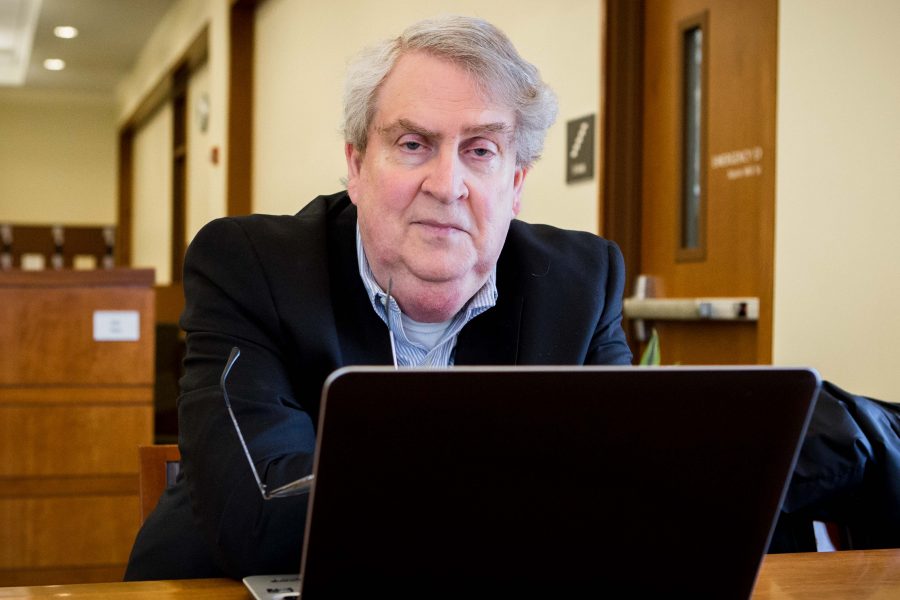 After nearly 18 months of radio silence from the Marquette administration, the university appears to be at yet another standstill with John McAdams. April 4, in a letter to President Lovell, McAdams formally acknowledged the faculty decision suspending him without pay and benefits through the fall 2016 semester and rejected President Lovell’s request that he issue a formal apology admitting his actions were “reckless” and “incompatible” with Marquette’s mission.

The story has been picked up by numerous news outlets, including The Wall Street Journal and the Chicago Tribune.  Both have come out in support for McAdams, citing Marquette’s apparent struggle with the concept of academic freedom and seemingly loose view of tenure.

After all, revocation of tenure is reserved for those faculty members that commit “serious instances of illegal, immoral, dishonorable, irresponsible or incompetent conduct.” Given McAdam’s reinstatement is contingent on an apology that he rightfully considers “compelled speech,” it would seem that Marquette is indeed firing him, despite a recently created frequently asked questions page that suggests otherwise.

It would be easy to sympathize with Marquette’s case if under the impression that McAdams harassed a fellow faculty member online, but he simply did not. Those supporting Marquette’s decision like to write off arguments citing the actual blog post as naïveté regarding workplace law, but I question if they read it at all.

The allegedly harassing blog post reads that former teaching assistant Cheryl Abbate was “using a tactic typical among liberals,” in which opinions they disagree with “are not merely wrong, and are not to be argued against on their merits, but are deemed ‘offensive’ and need to be shut up.” Abbate received a slew of vicious criticisms from individuals who were able to get her contact info through her own personal blog, leading to Marquette’s abrupt suspension of McAdams. In essence, McAdams was suspended for the actions of third parties, but Marquette insists the decisions were based on his actions.

Finding themselves in hot water, Marquette ironically published a blog post, in response to this case surrounding a contentious blog post, which includes screenshots of some of the nasty messages Abbate received, and describes McAdams’ supposed callous reaction to them. Further, President Lovell wrote, “As a direct result of his actions, our student  –  who has since left the university  –  was subject to a stream of hate and threatening messages.” A reader passively following the case would logically conclude that Marquette is holding McAdams responsible for the messages, as they clearly stated.

So, the closing line understandably leaves readers scratching their heads, “I’m not asking for Professor McAdams to be responsible for all the vitriol from the lowest of the Internet, I am asking for common human decency toward members of our own community.”  Even after a blog post starts out explaining the request for McAdams to “apologize for actions he took to publicly shame one of our graduate students,” along with examples of third party messages, Marquette insists McAdams is not being held responsible for the “vitriol” of third parties on the Internet.  This is a serious contradiction.

It didn’t end there. Marquette later published a post titled “Frequently Asked Questions and Answers on personnel matter” with links to published positions supporting Marquette’s decision, which of course excluded the many posts from alumni groups and other commentators expressing their disagreements.  There are many assertions on the page that invite argument, but perhaps the most striking answer is in response to the question “Was McAdams asked to apologize?”

Although the response asserts that McAdams was “never asked to make a public apology, and never was asked to apologize for any opinion or political view he may hold,” the first line in the “Call for Decency” post linked in the response, again, reads, “One week ago, I asked Professor John McAdams to apologize for actions he took to publicly shame one of our graduate students.”  Is “publicly” the key word here?  Either I’m missing something, or the public relations response to the case is out of sync.

One could write a great deal on the lack of due process and precedent this sets for cases surrounding academic freedom moving forward, but it really comes down to poor handling, inconsistent communication and a restrictive view of free speech. McAdams was held accountable for the speech of third parties and it appears that decency was not afforded to him.