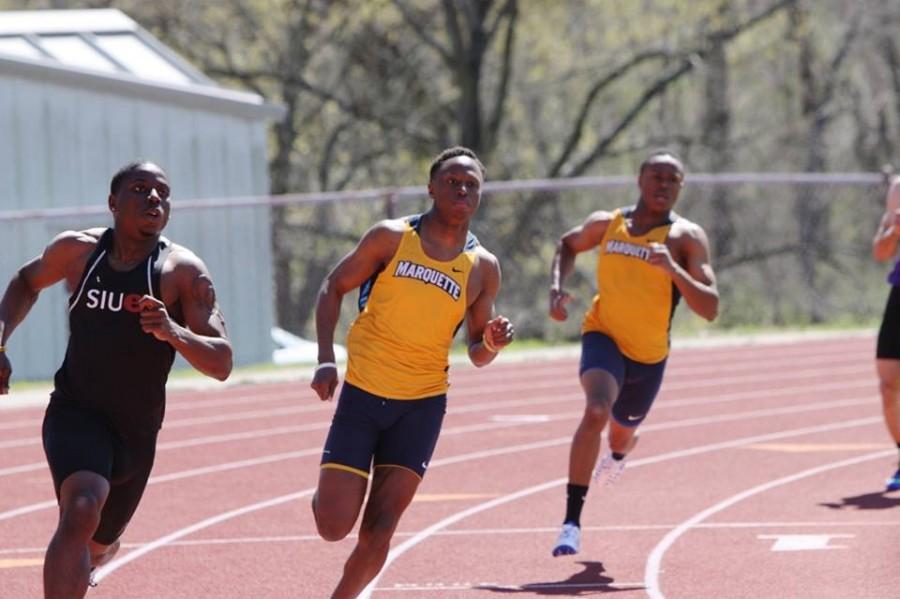 The Marquette track and field team has to go see about some medals when it heads to California this weekend. The 24-person brigade, comprised mostly of the team’s best-performing runners, will compete in four meets in the Los Angeles area over three days.

Making the trip to the West Coast should be a drastic change for most of the athletes, who experienced a blistering wintry mix last weekend at Indiana State (which included one of the team buses breaking down). Despite the wind and cold, sophomore Max Bullard set personal records in all three of his throwing events last weekend and junior Will Ford pole vaulted to a personal best 4.73 (15 feet, 6.25 inches).

“The weather was really nasty those two days,” head coach Bert Rogers said. “It definitely affected some of (Monique’s) performances, but overall she ended up putting together a pretty good (heptathlon). That looks good going forward, and we’re hoping that’ll be good enough to get her into the Drake Relays.”

As the season progresses, reaching standards for bigger meets will be the focal point for many Marquette athletes. The California trip will be the first taste of high-octane events for most of them this season, beginning with split-squad action at the prestigious Mt. SAC Relays and California State University-Los Angeles Thursday. The team will then travel together for the Bryan Clay Invitational at Azusa Pacific Friday and the Beach Invitational at Long Beach State Saturday.

Rogers noted sophomore Cassy Goodrich in the 400 meters and junior Brittney Feivor in the 10,000 meters as two athletes who, with solid performances, can put themselves in good shape to qualify for regionals. Most of the runners, aside from Feivor and Jon Klaiber in the 10,000 meters at Mt. SAC, will run multiple events over the three days. Ellenson will jump at Cal State-LA as a tune-up before more serious competition at the Beach.

While the athletes should consider themselves lucky to leave the Wisconsin cold, they’ll have to adjust quickly to the California sun. The anticipated forecast calls for sunny skies and upper 70-degree weather all weekend.

“It’s definitely something we prepare for,” Rogers said. “We drink a lot of water and try to stay in the shade as much as we can so that we don’t just get wiped out from the heat … When we have stretches of cold like we’re having right now where it’s barely getting above freezing, that doesn’t help. Some years, this time of the year is in the upper 40’s or 50’s, and that’s not as much of a shock. But when it’s like this out, it is (a shock). That’s just something we’ve got to deal with as best we can.”

This weekend begins a stretch of important meets every other week for Marquette. The Drake Relays are two weeks away, while the BIG EAST Championships and West Regionals loom in May.