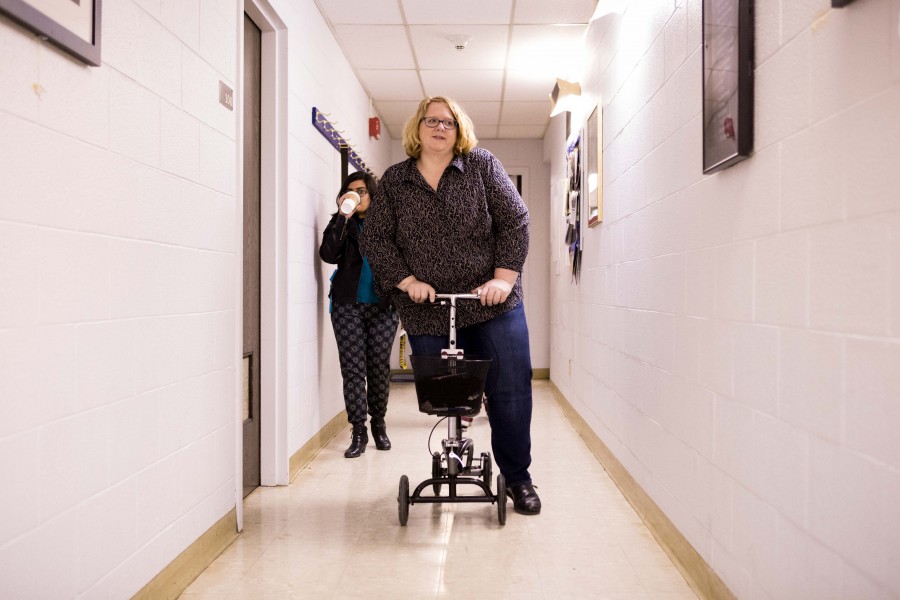 The Helfaer Theatre lacks proper accessibility and has been problematic for faculty members, students and patrons alike. Photo by Benjamin Erickson / benjamin.a.ericksib

In University President Michael Lovell’s first presidential address, he shared his vision of integrating academic, physical and financial priorities into Marquette’s capital projects throughout the next 10 years. The projects are new and innovative for the most part, but are also problematic because there are many amenities at Marquette in need of transformation and renovation. One such example is the Helfaer Theatre.

The Helfaer Theatre dates back to 1977 and was built to par with the standards of the time. Many believe it is inconveniently accessible to faculty, students and patrons. Marquette needs to make the theatre a higher priority in its new master plan, especially considering the theatre has requested funds for many years.

Marquette made some renovations on the theatre since the authorization of The Americans with Disabilities Act (ADA) in 1992  including a ramp compliant to ADA standards and reupholstered seats added in 2000. However, even these seats are out of date, considering it is now 2016.

As an urban campus, Marquette has many opportunities to invite the surrounding community to be involved with the university. Helfaer has done so, by welcoming the community to enjoy the performing arts. Unfortunately, this has its issues too. While the theatre wants to accommodate faculty, students and patrons alike, the building is not very accessible, which does not help affirm Marquette’s welcoming image. In addition, Marquette should give the outside community the best experience possible, but an outdated building does not allow for that.

Faculty and students who spend their days in Helfaer have expressed embarrassment because of the lack of accessibility. Patrons who visit have to walk up an uneven, unsafe paved ramp. This may be fine for able-bodied patrons, but elderly or disabled people have problems accessing the building in a timely manner.

Some faculty and students using crutches or knee scooters have experienced this as well. Anybody experiencing these situations has to go outside and around the building in order to travel from the first to the second floor. Doing this everyday would be agitating, to say the least.

The Helfaer has requested funds for many years, and time has continued to make their amenities outdated. The negligence is bothersome. Marquette prides itself on caring for the whole person, and yet there is a cohort on campus who feels their priority does not matter. So Marquette, where is this request currently?

A counterargument for the updates is that Helfaer Theatre is not a great selling point for the university. Helfaer may not bring in as much money as the men’s basketball team, but it has a history of success. The university takes pride in its former students, such as Danny Pudi and Chris Farley, who are renown for their acting successes. While Marquette may attest that the university’s education shaped these individuals, these former students would likely argue people shaped them more directly than the university. The people who profoundly shaped them were most likely the professors and peers who spent the majority of their time in Helfaer Theatre.

Marquette must make the needs of Helfaer a greater priority in the master plan. Now is the time to make changes and transformations, rather than waiting another 30 years. Otherwise, the theatre will not be a welcoming place for the university’s visitors. It will continue to be seen for its lack of accessibility and the individuals who spend their days in the building will be bothered that they are not a priority compared to the new facilities and buildings that are built around them.