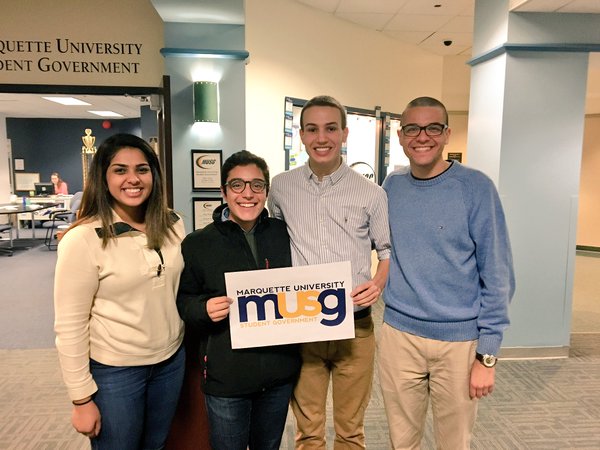 Abe Ortiz and Adam Kouhel were elected today as Marquette Student Government president and vice president, respectively, according to a MUSG press release.

The election was held yesterday and 2,127 votes were cast, representing 28 percent of the eligible voters, according to the press release.

Ortiz andKouhel will be inaugurated next Monday, April 11, at 5 p.m. in Alumni Memorial Union ballroom C.