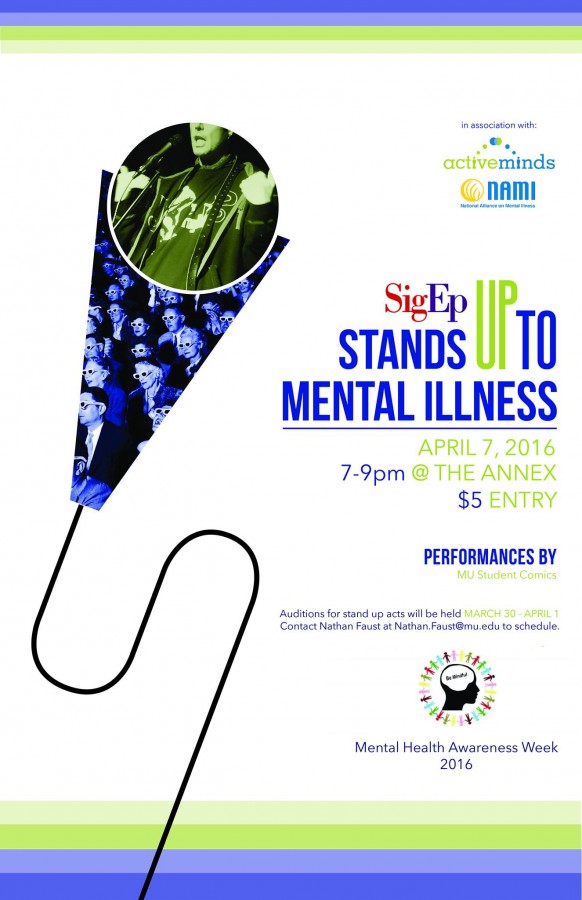 The fraternity, Sigma Phi Epsilon will host a comedy event showcasing student talents while spreading awareness for mental illness. Held tonight from 7:00-9 p.m. at the Annex basketball courts, this event fits with mental health awareness week and proceeds from the event benefit NAMI, the National Alliance on Mental Illness. Tickets are $5 at the door.

Brian Stumph, a junior in the College of Engineering and the president of Sigma Phi Epsilon said that the idea originated the summer of 2014 during his first term as VP of Programming. An alumnae fraternity brother contacted Stumph with the idea of a philanthropy event fixated on Marquette student comedians.

“I absolutely loved the idea and began the process of planning it,” Stumph said.

The first SigEp Stands Up to Mental Illness show was held last year and was a success.

“We all had a blast putting it on and we really wanted to see it happen again while making it bigger and better,” Stumph said.

The Studio 013 Refugees, also known as the Fugees, are going to perform a comedy routine during the first half-hour segment of the show.

Murphy Quill, a junior in the College of Business Administration and philanthropy chairman of the fraternity, said in an email that he wants students to enjoy themselves as well as learn about Mental Health and how we all are affected by it.

“Laughter plays a key role in mental health, so what better way to promote Mental Health Awareness, than with laughter and a good time,” Quill said.

Daniel Lattimore, a first year graduate student studying counseling education and counseling psychology, as well as a comedian in the show, said in an email that he started doing stand-up comedy five years ago in Tampa, Florida. He is excited to use his talents for a good cause.

Lattimore said he strongly believes the benefits of therapeutic humor.

“Hopefully this event can be a gateway to more application of humor in medical settings,” Lattimore said.

His comedy routine will cover social justice and mental health.

“I think people encounter topics of mental health every day without realizing it, so I’ll be bringing that to light,” Lattimore said.

Lattimore said humor is a part of who he is.

“Usually when I ask for three adjectives to describe me, I’ll get funny, charming and funny again,” Lattimore said.

“Having a conversation about (mental illness) is one of the most crucial parts of the event to reduce the stigma against those suffering from mental illnesses,” Stumph said.

Nate Faust, a freshman in the College of Engineering and a member of the philanthropy committee of Sigma Phi Epsilon, said he likes how this event is different than most philanthropy events.

“A stand-up show, standing up against mental illness: (it) is a good connection between the two,” Faust said.

Faust was present as a judge for two of the student auditions.

“From what I saw, it should be a good show,” Faust said.