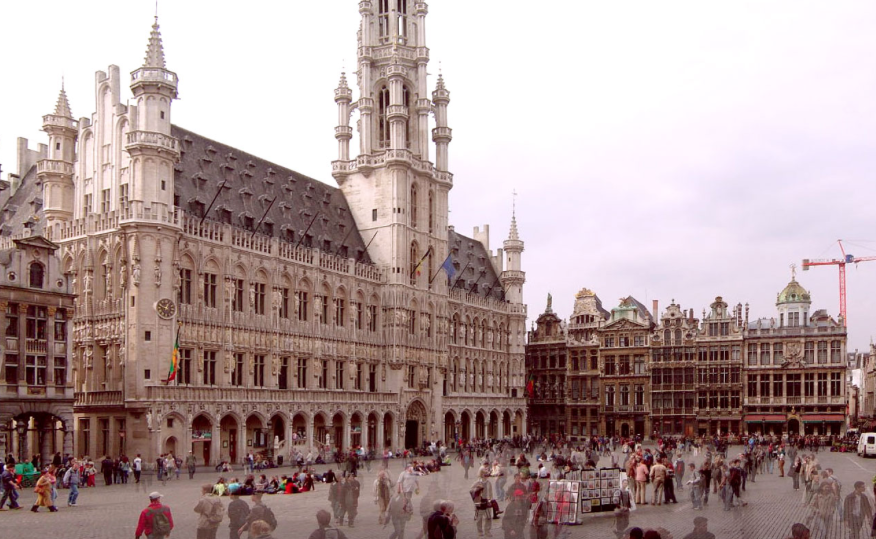 A photograph of Grand Place in Brussels. Photo via www.wikimedia.org

In 2001, I was just a child. I was afraid of bugs, clowns, big dogs and my older sister. My only concept of hate was for green vegetables and Seinfeld.

So when Sept. 11 became more than just another day on the calendar, I didn’t understand. The terror attack brimmed with a kind of hate that a 6-year-old playing with Polly Pockets on her living room floor would have no way of comprehending.

Now as a 20-year-old beholding the title of “legal adult,” I still can’t grasp that kind of hate. When hit with the news like the bombing of the Boston Marathon, the attacks in Paris, the bombings in Brussels and the most recent attacks in Pakistan, I am reduced to the little girl with stick straight blonde hair, missing her front two teeth.

I don’t know what to say or how to respond. How do you put indignation, sustained by fear and sadness, into words?

Even I, with an opinion on everything and the ability to chew your ear off rambling about my thoughts, have no clue of what to say about these events. And if I did know, how much would my opinion matter – if at all? Don’t look to me for answers, my dad still pays my cellphone bill. I’m not an authority on anything.

I can understand how difficult addressing these events is, but I refuse to give our politicians a scapegoat when it comes to the way they tend to respond to tragedy. They are consistently self-serving and alarmist, and they misrepresent the American people.

When news of the bombings in Brussels surfaced, the American presidential candidates took to the media to offer condolences to Belgium, but that was not the only thing they offered.

The most reprehensible statement came from Ted Cruz, who took to Facebook to address the masses and send his regards to the city of Brussels. Cruz quickly shifted attention away from the tragedy though, spending the majority of his already short statement to say, “Radical Islam is at war with us. For over seven years we have had a president who refuses to acknowledge this reality. And the truth is, we can never hope to defeat this evil so long as we refuse to even name it. That ends on Jan. 20, 2017, when I am sworn in as president …”

Frankly, I don’t care how you feel about the current POTUS. I don’t care if you loathe President Obama’s existence. Cruz’s statement diverted attention away from the actual issue. Instead of offering words of encouragement, he used his platform as a political leader to serve himself rather than serve his constituents, or anybody else for that matter.

Donald Trump made a predictably offensive statement, suggesting to Belgium officials that they should use torture to extract information. He also said that he “would close up our borders to people until we figure out what is going on.”

Recently the democratic candidates shied away from discussing policy when issuing condolences to victims of recent terror attacks, but they have not always been blameless either.

Yes, I am annoyed that candidates find it so easy to be selfish in their acknowledgements of terrorism abroad, but what really bothers me about these political statements is the fear they inspire in citizens.

In an opinion piece for The Guardian, Simon Jenkins breaks terrorism into four cyclic stages. Step one is to horrify, step two is the public response to the violence, step three is political grandstanding and step four is policy change.

Our fearful reactions are manifesting into an ISIS propaganda tool. Statements about registering Muslims and closing our borders ostracize an entire community of law-abiding Americans and play into the hands of extremist groups looking to recruit individuals who are distrustful of their governments.

But even if the alarmist statements being made weren’t offensive, Islamaphobic or otherwise racially charged, they’re unflattering to the American population.

I don’t want to be represented as hateful, fearful or ignorant, but that’s how many politicians paint us.

This alarmist approach helps no one and only fuels the fire. I’m sure of that much.