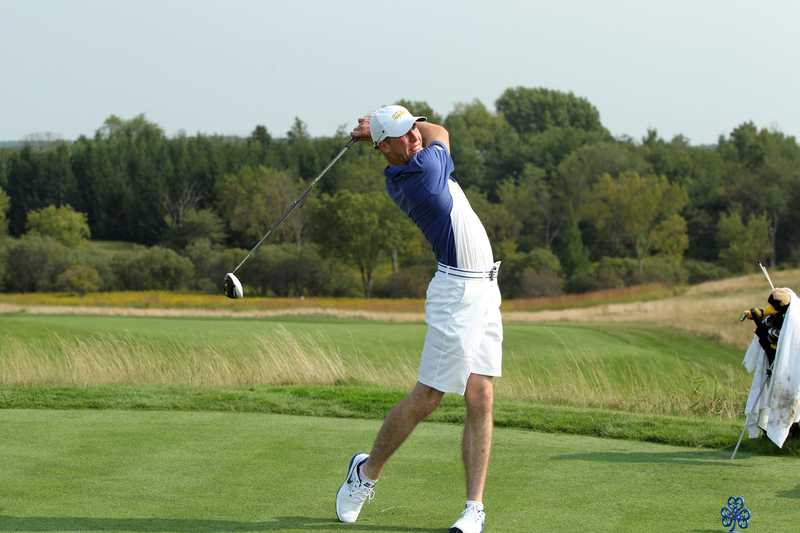 For a majority of the Marquette golf team, their most recent campaign is one that might be best forgotten.

At The Goodwin, a tournament hosted by Stanford University, the team finished 20th out of the 25 teams in the field.

The Golden Eagles began sluggishly with 301 strokes, which landed them third from last on the first day. They improved slightly each day of the three-day competition, and after day two’s 291 stroke performance, the team finished the third day with a final round score of 287 to give them a total of 879, 39 strokes over par.

Freshman Oliver Farrell was the bright spot for Marquette. He shot 4-over-par, and finished tied for 29th out of the 138-person field.

The performance continues Farrell’s impressive freshman campaign. He’s been the top Marquette golfer in competition three times this season, including the Erin Hills Intercollegiate and the Price’s Give ‘Em Five Invitational.

Redshirt senior CJ Swift was the only other Marquette golfer who finished in the top 80.  He was tied for 75th with 221 total strokes, 11-over-par.

The team has two more regular season tournaments before they prepare for the BIG EAST championship in Okatie, South Carolina. On April 9, the team travels to Columbus, Indiana, for the Hoosier Collegiate Invitational, and finishes the regular season in El Macero, California, with the El Macero Classic in May.