Students channel creativity on, off stage with designs 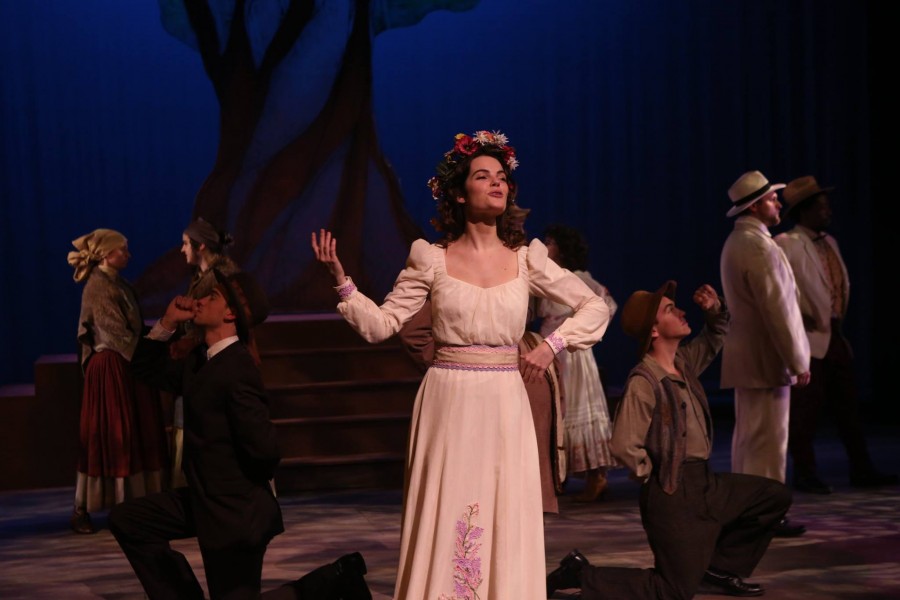 The process of making costumes is complicated, and involves researching the characters' personalities to dress them properly for the story.

For many students, the theater program is a creative field to develop on-stage talents. But the program is much more than acting. For theater majors with an emphasis in costume design, bringing characters to life is possible without ever stepping on stage.

“A lot of people confuse costume designers with fashion gurus and stylists,” said Amelia Strahan, a sophomore in the College of Communication. “They’re very different. (Costume design) is all about dressing the character, so you spend a lot of time getting to know the character and everything about them so you can dress them properly. Sometimes it means they’re going to be really stylish, and sometimes it means they’re going to be ridiculous.”

Strahan said that the designer’s role is to develop the audience’s understanding of a character by adding another dimension to the actor’s performance.

The process for costuming is specific, like a designer’s scientific method: educated guesses and experiments until you find the right combinations of clothes and colors to bring characters to life.

It begins with vigorous readings of the script in order for the designers to acclimate themselves with the character. This leads to concepts and ideas that are then brought to the rest of the production team to unify the shows visual themes and direction. Then, meetings with the actors provide further insight into which designs will work best.

“Figuring out who the actors are going to be is very important for figuring out what they’re going to wear onstage,” said Rebecca Gardner, a freshman in the College of Communication.

Designers put their ideas on paper through thumbnails, sketches and renderings. Adding color then completes the early processes. These mock-ups are then sent to the costume shop, where sewers, drapers and cutters create the physical costume.

With their designed wardrobe now intact, characters can fully come to life.

“I like this moment, when you have the actor and you’re putting the final fitting together,” Gardner said. “They’re finally in their full costume and they just change. Their whole persona, how they stand, how they look at themselves, they become the character … Being a part of that is the coolest and most important part of costume design.”

The designer’s job is not over once the costume is complete. During the production, designers are often tasked with being the wardrobe supervisor, overlooking everything from costume changes to last-minute ironing or sewing.

By the time the production is over, the biggest compliment a costume designer can receive has nothing to do with the costumes.

“A good show means the audience focuses on the show and what is happening,” Strahan said. “The costumes are supposed to just help create that world, not be too showy or distracting. If someone comes out and says they enjoyed the play, that makes me happier than hearing someone say they enjoyed the costumes.”

Costume design is a crucial part of Marquette’s Theatre Arts program. Along with costume design, each theatre major must take classes in acting, stagecraft, and scenographic techniques.

“The way we approach theater at Marquette is that we want our students to have a very liberal education,” said Connie Petersen, artistic assistant professor of digital media and performing arts in the College of Communication. “We want them to know a little bit of everything, so that when they leave here they may have interests they never knew they had before. They might say ‘Oh wow, I didn’t know costumes could be a career.'”