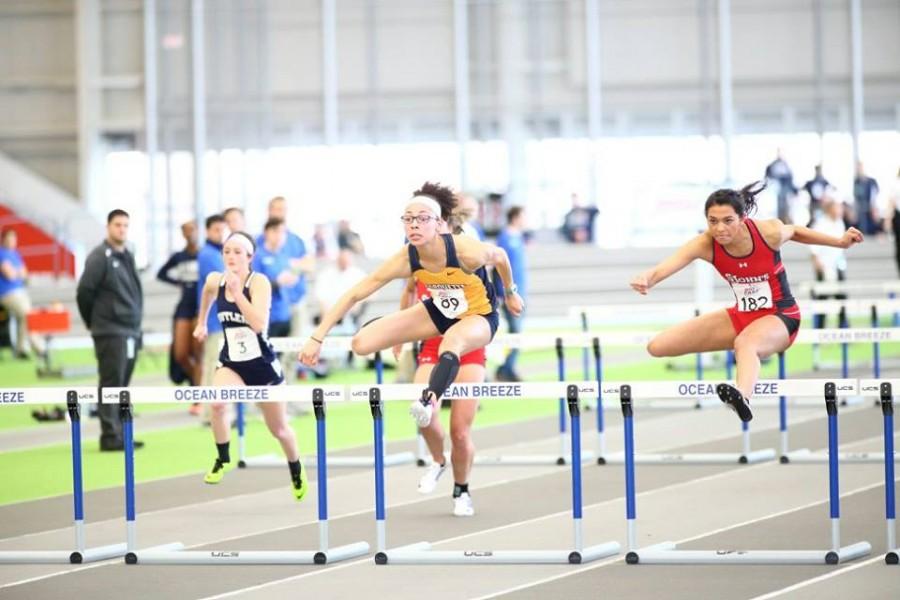 Just two weeks after the most successful BIG EAST Championships in program history, the Marquette track and field team is already poised to make another big run.

The women’s team captured its first-ever BIG EAST title Feb. 27, while the men took second overall to Villanova. The ladies were led by freshman Monique Felix, who scored a remarkable 28 points including a win in the pentathlon. Felix was named Most Outstanding Female Field Performer of the meet.

“I think she has the ability to be a national level multi-eventer,” head coach Bert Rogers said. “In the pentathlon indoors, maybe. But I think more heptathlon outdoors.”

Marquette’s relatively young team was vital in its success at the BIG EAST. The Golden Eagles got points from 11 different underclassmen on the women’s side and 17 on the men’s side. Rogers said getting the young athletes into top competition will benefit the team for this season and beyond.

“Outdoors, I think the goal for us, in addition to BIG EAST wins, is to be able to send a bunch of people to Regionals and then from there maybe have people compete their way in (to the NCAA Championships),” Rogers said, mentioning names like Felix, sophomore Cassy Goodrich and junior Wally Ellenson.

Ellenson is a special case due to his current status as a forward for the men’s basketball team. Last year, Ellenson was able to compete with the team as a high jump specialist during both seasons due to his redshirt transfer year for basketball. He was BIG EAST indoor and outdoor high jump champion, garnered an All-American trophy both seasons and competed at the USA Track and Field Outdoor Championships.

Between basketball practices, Ellenson sporadically visits the high jump mats at the Marquette Gymnasium for some repetitions, Rogers said. Rogers also explained that basketball is a surprisingly beneficial track workout for Ellenson because it involves endurance and vertical leaping strength. Still, having an All-American back – plus some other outdoor support – will certainly help the team as they pursue more BIG EAST trophies.

“We’ll get Wally back and that’ll be a big help in the high jump,” Rogers said. “We have a couple throwers like John Krzyszkowski, who’s the defending champ in the javelin and is a big point scorer for us. We’re already looking at how the team shapes outdoors and I like our chances. The nice thing is we don’t have to wait a full year to get another shot at it, we just have to wait a couple months.”

The men’s team is especially eager for a shot at redemption after finishing second at the conference championships. Despite leading after the first day of competition, Villanova stormed back and snatched the two-team win from Marquette by just 13 points.

“It wasn’t like we had a letdown,” Rogers explained. “We competed hard but Villanova just had a few guys that were big point scorers that pulled some stuff out.”

Both teams took last week easy before returning to their steady workout regimens this week.

“We’ll get a little heavy again for a while in the weight room,” Rogers said. “Some of the sprinter workouts might go a little bit longer. This is more of a reset, but training doesn’t change a whole lot at this point.”

The season unofficially reboots over spring break, when a handful of field event athletes will train and compete at a meet in Tampa, Florida, according to Rogers. Both teams will officially return to action April 1 at Southeast Missouri, where they will begin their pursuit of capturing the two-team sweep.