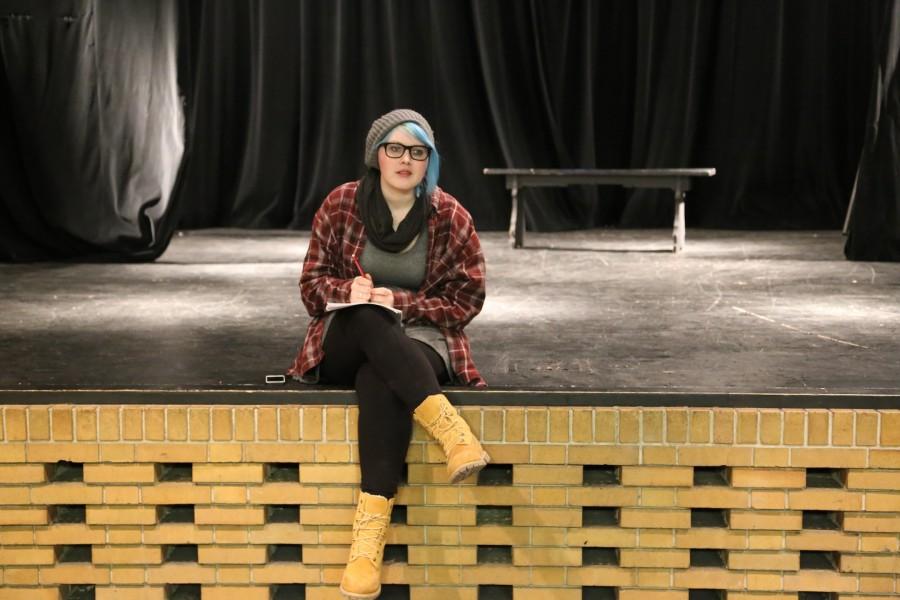 In addition to her role as technical director of MU Player Society, Elder is also the director of "Daffodils" by Daniel Guyon, a play that has its sole performance later this month.

Becoming a student director made perfect sense for Ashlee Elder. The idea of creating a universe captivated her and she has been involved in theater nearly her entire life.

Elder is a junior in the College of Communication, majoring in theatre arts with an emphasis in directing. She is directing “Daffodils” by Daniel Guyton for an advanced directing class. The piece is 10 minutes long and involves a young man traveling to his childhood home with his fiancé. The show will take place March 16 at 6p.m. at the theater in Straz Tower.

“Directing is probably one of the most high-stress jobs in the theater,” Elder said.

Elder has acted and worked on shows since she was 5 years old.

“My mother wanted to make sure I wasn’t shy like she was, so she signed me up for classes at our local community theater,” Elder said.

She continued to work in theater through community and high school programs and eventually came to Marquette to perfect her skills. Elder is also the official Props Master of the theatre program, which means she designs every show that performs on the main stage on campus.

Additionally, Elder is the technical director of the student-run Marquette University Players Society. In this position, she is in charge of making every technical aspect of the show run smoothly.

There is never a simple day in the life of a director. There’s much work to be done before the actors are even chosen. Elder’s day starts like most college students’. She wakes up at 8 a.m., has breakfast and goes to class from 9 a.m.-12 p.m. Then, it becomes more hectic.

Elder spends most of her afternoon in the Helfaer Theatre, acquiring and renting props. In the past, she has built a wide range of props from a pirate ship, sand castles and a treasure chest.

“I spend at least three hours a day driving around Milwaukee or Wisconsin sometimes looking for the different props that our show needs,” Elder said.

At 5 p.m., her afternoon of building props is over. However, the night is not. Rehearsals start anywhere from 6-10 p.m., going far past midnight.

“As soon as you’re assigned a play you have to start researching the period, words you don’t understand, what’s going on with these characters,” Elder said. “You have to create identities for them before the actors even get the script, and then you have to go from researching to creating a theme.”

Elder spends anywhere from 10 to 20 hours per week in the theater designing shows and countless more hours of her own time researching and creating her vision of how she wants the show perceived by her audience.

“These playwrights create characters that have gone through things that I myself have never even imagined, and it makes me a better person, I think, because I can see the world from the views of hundreds of different people,” Elder said.