Local rapper continues pullin’ himself up 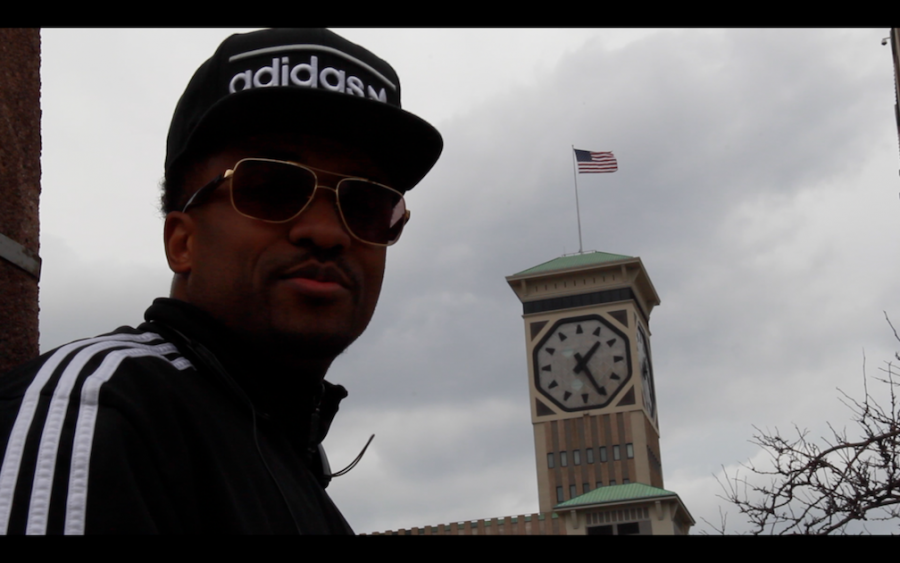 Local artists and musicians make up a significant part of Milwaukee’s unique artistic presence. Devin Smith, 31, is a local rapper better known by his stage name Smif. He currently lives in Milwaukee and is a proud husband and father.

Smith’s passion relies heavily on his music. He started recording music when he was 16. Graduating from Madison Media Institute, Smith earned a degree in Music Technology and Recording. He is the owner of Pullin’ Up Entertainment, a music company he founded in 2008. Smith’s most recent tracks include “Stiff Arm” and “Let’s Go.” The latter features Cincere, a fellow Milwaukee rapper. Smith’s most recent song “Make A Way” will be a part of the playlist on his highly anticipated album “Time Will Tell,” which will be released Sept. 25.

Smith’s approach toward life is reflected heavily in his music. He is extremely patient and recognizes that perseverance is crucial to his overall success and happiness. Smith’s brother Tavaris, 27, has been a first-hand witness to his brother’s craft.

“Over the years I have watched in awe of his relentless work ethic and ability to continue challenging himself,” Tavaris Smith said.

JeDon Weaver, 28, Smith’s childhood friend, echoes Taveris Smith’s remarks. Weaver had high praise for Smith and credits him for guiding him through life.

“One quote that stuck with me from Smith was how he would always say, ‘excuse isn’t in my vocabulary,’ Weaver said. “We never make excuses. We just keep rolling with the punches and keep pullin’ up.”

Smith revealed that, in addition to being a musician, he is an Uber driver and is also working to get his barber’s license. The diversity of his work allows him to branch out and explore the beauty of the world.

“The bigger the network, the more opportunities I am exposed to,” Smith said.

Cutting hair is another passion that Smith has had for a long time. Right now he is working at Lids & Clips located on Sixth Street and Greenfield Avenue on Milwaukee’s south side. Smith likes the location of the shop because the customers bring in diversity. His experience working at Lids & Clips has allowed him to connect with the community and meet a variety of people.

Smith has no intentions of slowing down any time soon. He has many aspirations to increase his abilities and grow his audience. Smith’s wife, 33, supports the work that he has done and she stands by his plans for the future.

“Patience and motivation (are) what makes him different,” his wife said.

His aspirations to travel the country will introduce him to new ways of life that he can embrace in his music.

Smith is on a mission to diversify himself and explore new elements of life. As for his vision for his music, Smith sees Pullin’ Up Entertainment becoming a household name. He hopes that one day his music will lead him to areas such as Los Angeles, Texas and Georgia.

“Everything takes time,” Smith said. “I need to be patient and not rush anything.”