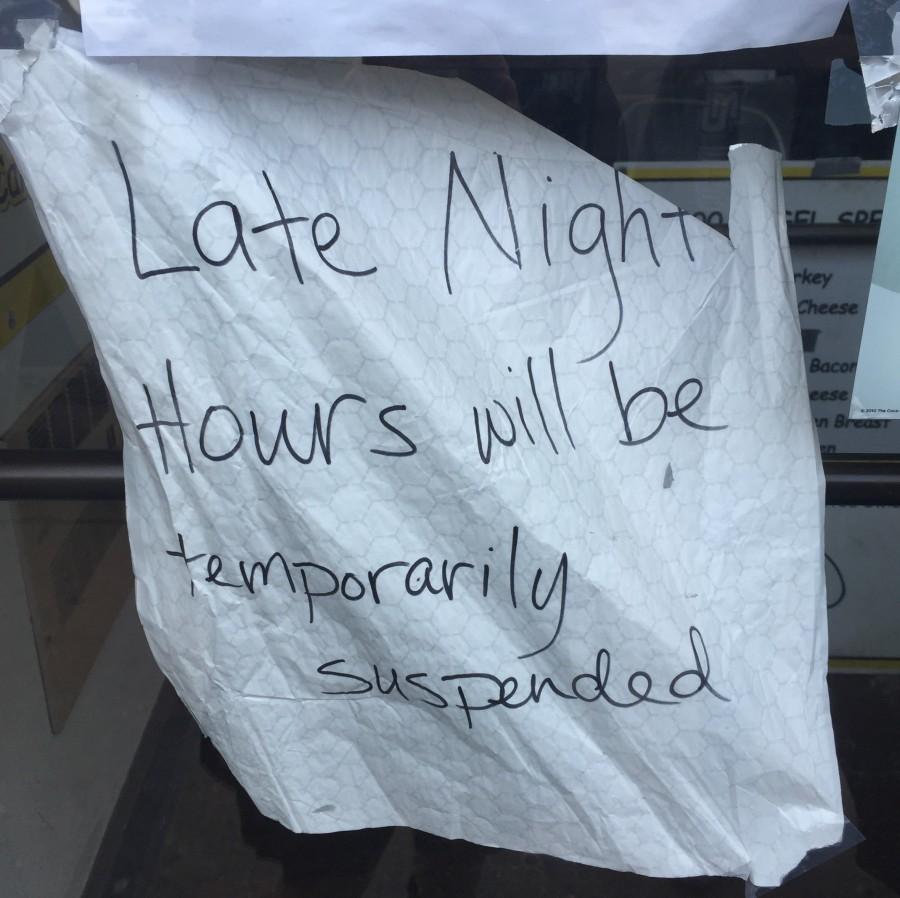 The West Wells Street breakfast restaurant Bro-Yo Campustown announced that it is temporarily suspending its extended hours that started October 2015.

The announcement was made via a sign on the restaurant’s front door. The late-night hours kept the restaurant open from 11 p.m. to 3:30 a.m. on Thursdays, Fridays and Saturdays, in addition to the usual 7 a.m. to 3 p.m. hours on Mondays through Sundays.

After a second Bro-Yo campus location in the 2000 block of W. Wisconsin Ave. closed in spring 2015 due to economic distress, the restaurant’s owners Jim and Caroline Gatto decided to try the extended hours. It took them some time to implement since they had difficulties finding enough reliable employees to meet the demand.