Hoodie Allen Brings Down the House 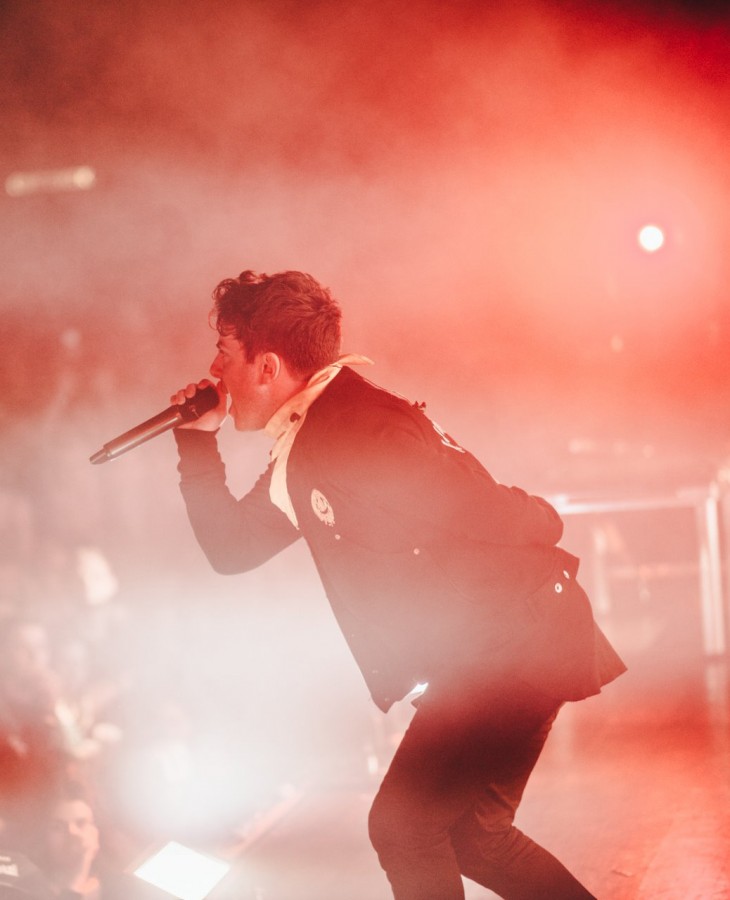 The audience filled the Rivera Theatre in Andersonville neighborhood of Chicago, all to see a sold out show for Hoodie Allen. He is headlining his tour Happy Camper and decided to make a stop in Illinois. The audience were highly anticipating his performance.

As the crew set up the stage getting it all ready for Hoodie Allen by bringing out all the instruments and testing out the microphones, the audience began chanting “Hoodie,” hoping for him to come out immediately. Soon enough, the lights dimmed, the fans erupted and then Hoodie Allen comes out. The lights went crazy and were flashing all over the place, hitting every part of the theater and really bringing light to the place. He started the show off by singing one of his hits, “Intro to Anxiety,” from his new album, “Happy Camper.”

He puts on quite a theatrical show with his backgrounds and lights fitting perfectly to the lyrics of his song, making it more entertaining for the audience. For instance, for his song, “Are u Having Any Fun?,” he put games like Tetris and Mario in the background. It really added to his performance.

He also sang songs old and new from all his albums like “Champagne and Pools,” “No Faith in Brooklyn,” “All About It” and “Movie.” He even surprised the audience with covering two hit songs, “Love Yourself” by Justin Bieber and “Stressed Out” by up and coming Twenty One Pilots as well as a throwback, “What’s my Age Again?” by Blink 182.

His most memorable song of the night, however, was “Cake Boy.” He shocked the audience by appearing in the middle of the crowd, standing on a platform. Everyone went crazy and started shrieking since he wasn’t on stage anymore. Fans tried to push forward to try to get as close as possible to him. He made the performance more intimate and even had a prop to go with it.  He threw a cake into the audience, which the crowd loved.

For the most part, he played for an hour and half straight, getting in as much music as possible. He did stop, however, to share his journey with his fans and how grateful he is to his fans. He talked about how he started writing music when he was 15, which he mentioned they weren’t that great, but he couldn’t believe his 15-year-old dreams were coming true. As a fan, it is cool to hear the transformation he has made. He also took a moment to take a stand on streaming music and was sure to mention that he allows you to listen to his music wherever you please.

He closed the show with his most popular tune, “No Interruption,” and had confetti shoot out, covering the audience. He left his fans wanting the show to never stop. He asked the audience if they would want to see him again, and the whole crowd screamed at the top of their lungs. Needless to say, the show was enjoyable, and he already has everyone anticipating his return to the Midwest.