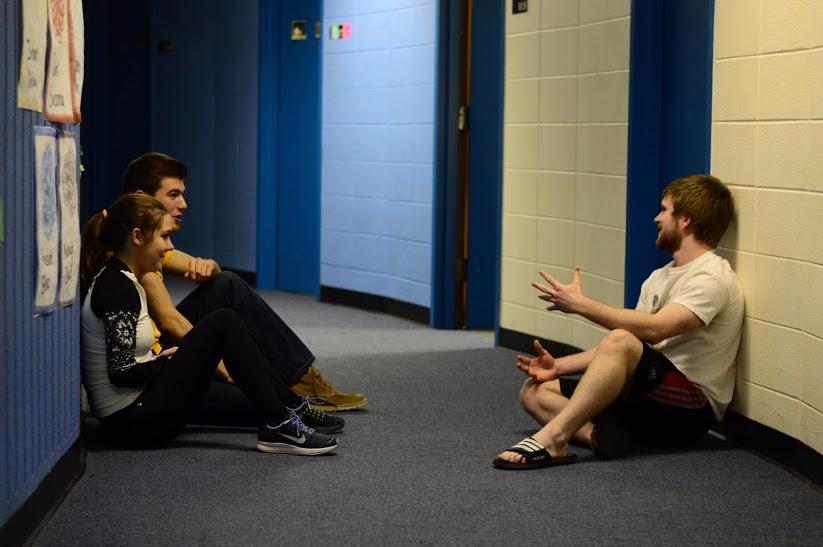 Security cameras were added to residence hall floors over the summer Photo by Meredith Gillespie/meredith.gillespie@marquette.edu

Marquette Student Government and the Residence Hall Association are considering the possibility of implementing coed floors in residence halls.

Allie Bitz, a senator on the Business and Administration Committee and sophomore in the College of Arts & Sciences, said they are currently in the research phase. MUSG has a list of 27 Jesuit institutions they are calling to discuss protocol on coed floors.

Bitz said MUSG started to look at coed floors as an option in order to give students another housing option. She said when she first came to Marquette, the absence of coed floors was something she noticed.

However, Bitz also noted it could be a sensitive issue and needs to be handled carefully.

“It’s a drastic change if this is to be implemented,” Bitz said. “We just want to get a feeling of what other schools are doing and see if this is a possibility.”

During these phone interviews, MUSG and RHA ask how universities handle visitation hours, reactions from parents and Campus Ministry, and how resident assistants and bathrooms are set up.

Lauren Jones, RHA vice president and a sophomore in the College of Arts & Sciences, saidcoed floors have been on students’ minds for a while, but it is still too early in the process to tell when or if the floors will be implemented.

“Its part of the college experience, and it’s a good way to meet new people,” Jones said. “Guys and girls already are together in classes.”

MUSG and RHA also discussed which residence halls have the best structure for coed floors, ultimately deciding that halls with community bathrooms would be ruled out. They would have to be in halls with a bathroom for each room.

Bitz said Mashuda may be a good candidate because genders could separate among the different wings.

“We have to be careful about the way we approach it,” Bitz said. “We have to make sure it’s in accordance with everything (the university) believes in. The goal is to expand housing options but not make (students) feel uncomfortable about it.”

Faith Konetzke, a sophomore in the College of Arts & Sciences, said it would not bother her if there were coed floors on campus, but she does not see the need for it.

MUSG and RHA considered the gender breakdown of the floors. One possibility is to have 40 percent males and 40 percent females, leaving the extra 20 percent to be filled with any displaced student that needs housing.

The conversation of coed floors elicited varying reactions from students.

Allie Arnston, a sophomore in the College of Health Sciences, said she would prefer to live on a coed floor.

“It would be a good change because I think that it’s intimidating to go on an all-guys floor and meet new friends,” Arnston said. “If there were a mixture of guys and girls on a floor, I feel like it would form a stronger community. Plus, it’s hard to deal with all girls all the time.”