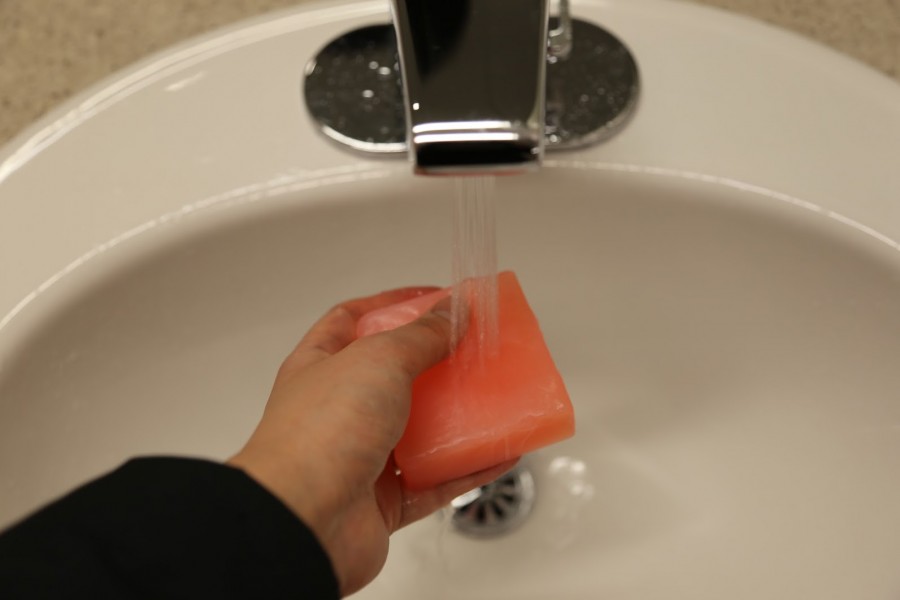 An antibacterial chemical in hard soaps contributes to human antibiotic resistance, according to a study conducted by Marquette professors.

“This is like feeding antibiotics to the stomach of the city,” he said.

The researchers said triclocarban is only found in hard soap, not liquids. McNamara said he and his colleagues began the first research study on the chemical in fall 2013. The Environmental Science and Technology Journal published the study this year.

Dan Carey, a graduate engineering student and the study’s lead graduate student researcher, said antimicrobials – which fight bacteria, fungi and some viruses, according to microban.com – work differently from antibiotics, which can only fight bacteria.

“It is somewhat surprising that hand soap chemicals can stimulate antibiotic resistance in bacteria,” Carey said.

Hard soap brands such as Safeguard, Irish Spring and Dial contain triclocarban and have the ingredient clearly marked on their packaging. The word “antibacterial” on hard soap package labels is also an indication of the chemical.

“This experience was a good introduction to research methods used in an environmental engineering lab,” said Melinda Choi, a senior in the College of Engineering, in an email.

Choi assisted Carey and McNamara in their research and also conducted an individual research project involving other antibiotic resistant bacteria.

Both McNamara and Carey said they encourage consumers to stop buying antibacterial hard soaps to prevent further antibiotic resistance in the environment.

“We want to slow the proliferation of antibiotic-resistant bacteria so that our current antibiotics can continue to help medical patients,” Carey said. “If using hand soap without antimicrobials can help, I think it would be worth it to try and change consumer behavior.”

“Once consumers stopped buying them, Nalgene stopped producing them and started producing water bottles that were BPA free,” he said.

McNamara said he thinks consumers can have the same effect on soap companies.

McNamara and his colleagues conducted all research for the study at Marquette with help from the Water Quality Center.

“We had a really great research environment,” McNamara said. “Marquette puts an emphasis on water and we were able to do some great research.”

McNamara said he is proud of all the research that was done on what he calls a serious health concern.