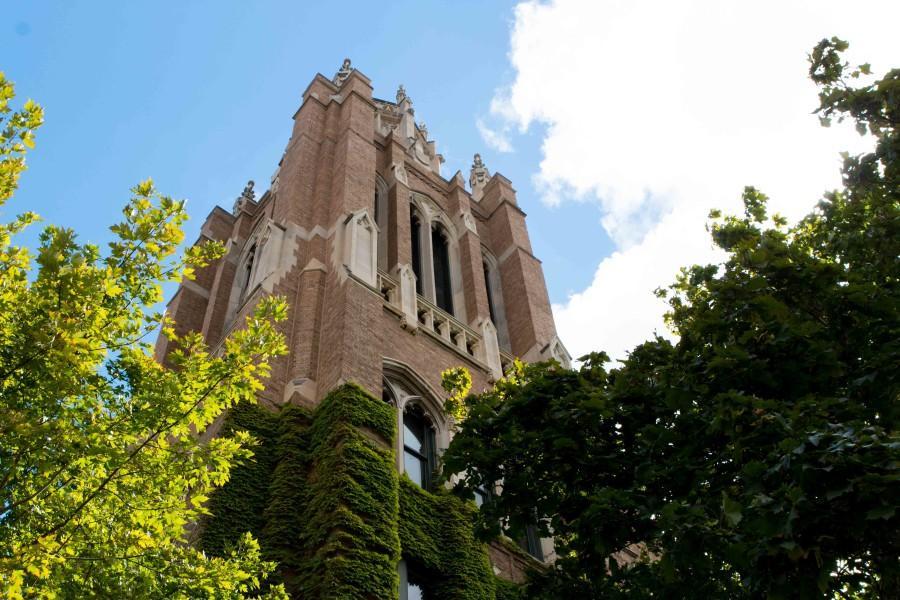 A Marquette professor will be researching memory with her newly awarded 800,000 dollar grant. Photo by Benjamin Erickson / benjamin.erickson@marquette.edu

An assistant professor of biomedical sciences in the College of Health Sciences received an $800,000 grant from the National Science Foundation.

The professor, Marieke Gilmartin, will use the next four years to study the mechanisms of memory creation and retention between brain regions.

“We want to know more about how memories are formed,” Gilmartin said. “How different parts of the brain work together to form a cohesive memory.”

At a basic level, Gilmartin said she’s looking at how brain regions are interacting.

In the past, rats would hear a tone and receive a shock for similar experiments but this one will be done slightly differently.

There will still be a tone but the shock won’t be felt until sometime after the sound, thus creating a fear memory. A fear memory is a learned association by an animal that requires the ability to elicit fear responses because of an association with another stimulus that provokes fear.

The main question being investigated is whether the rats will associate the tone with the painful shock.

Robert Twining, a research assistant professor, is collaborating with Gilmartin on the project and is particularly interested in the pre-frontal cortex, a small region of the brain that regulates emotion.

Twining said a damaged pre-frontal cortex can prevent the ability to learn when a person should no longer fear something. He said this latter function of the pre-frontal cortex is important for post-traumatic stress disorder which is characterized by dysregulated and exaggerated fear and anxiety.

“Who is the pre-frontal cortex talking to? And when? The pre-frontal cortex helps a person plan things. Anticipate the future,” Twining said. “It is in constant communication with the wide array of brain regions responsible for sensation, perception, emotional expression and motor output. It is one of the most widely-connected structures in the brain.”

Twining said these current projects will lead to new questions about how the pre-frontal cortex engages with other brain regions to control aberrant emotion that can lead to a variety of psychological disorders.

“If we learn about the connections that the prefrontal cortex is making,” Twining said. “It can help us learn about disregulated fear in psychological disorders such as anxiety disorders, PTSD and depression.”

“Ultimately down the road (we) will look into how are memories formed and how do they get disrupted,” Gilmartin said. “This disruption can lead to anxiety disorders where fears are exaggerated.”

Gilmartin said, although the research they are trying to conduct is important for the organization, getting students involved is a priority as well.

Twining said getting graduate students to participate is not only exciting, but vital for using the grant.

“The NSF has a component of the grant that they want you to reach out to students,” Twining said. “They want you to teach students about these process.”