COMSTOCK: The demise of the domes 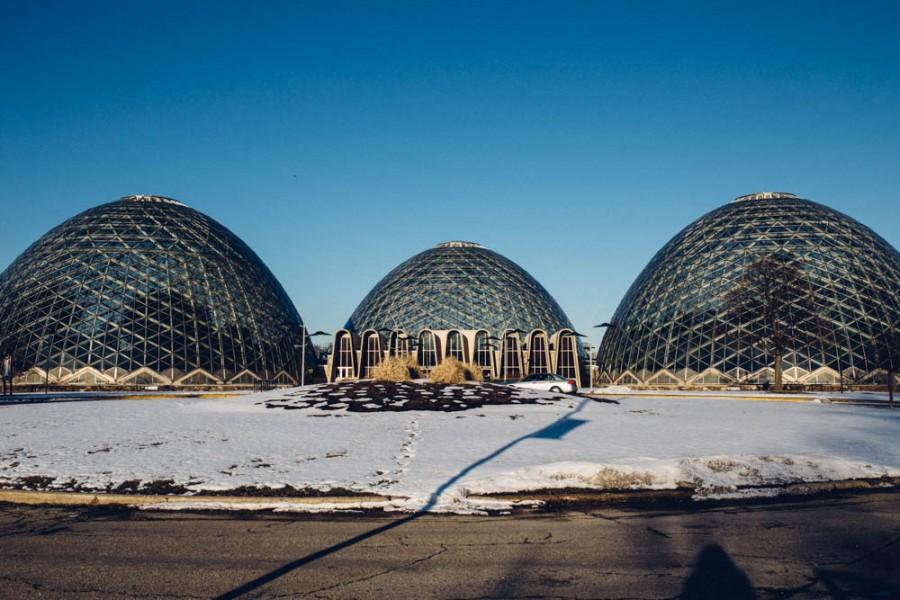 Last week I was forced to cross an item off my Milwaukee bucket list, although I never quite made it there. Although I was able to snag an apple cinnamon empanada from the Saturday farmer’s market, which was very much worth the trip, I never got around to wandering through the three iconic Mitchell Park Domes that are now closed to the public indefinitely. Without seeing them for myself, I cannot begin to understand what this loss means to long-time Milwaukee residents, but I’m not surprised to hear the resulting outrage.

Those who just skimmed over the headlines talking about chunks of concrete falling from the ceiling might question why some Milwaukee residents are so aggravated with the Milwaukee County administration, and it seems reasonable that they aren’t interested in a potential lawsuit. However, many are well aware that the structural problems with the Domes have been put on the backburner for the past twenty or so years, while small “patchwork” jobs have taken the place of comprehensive repairs in the meantime.

The Domes are susceptible to temperature changes and resulting structural wear. The previous greenhouse structure built in 1889 had to eventually be torn down for similar issues. In 1967, the current Domes opened, which cost roughly $4.5 million. A structural audit of the Domes in 1994 called for 1.4 million in repairs, so the Domes have certainly not been cheap to maintain. Each subsequent year has brought additional costs. But even these totals are small in comparison to the estimated $75 million needed to fully repair or rebuild the Domes given their current status.

It doesn’t help that the Domes run at a deficit of about $900,000 a year. Those arguing that the Domes are a revenue source to the city would have a hard time backing that up. But for a city so proud of its park system, you would think there would be more interest. County Executive Chris Abele’s questioned whether “this was what we wanted to do going forward: Replicate the Domes again,” and doesn’t seem incredibly vested in the cause.

Not surprisingly, his reaction has given ammunition to his challenger, Chris Larson. The two will fight for the seat of County Executive in April. Like anything else these days, the issue has been politicized, and rightfully so. Chris Larson argues that under Abele’s leadership, the Milwaukee County Park System (which oversees the domes) has deteriorated due to vested favor in business interests.

Whether or not his accusation is sound would require a more thorough analysis of the county budget. But recent developments certainly haven’t helped Abele’s case, like the new Milwaukee Bucks Stadium.

The news Bucks stadium will cost Wisconsin taxpayers an estimated $250 million (but a lot more than that with interest). It is to be built on the city’s Park East Corridor and the land was purchased by the Bucks for a steep $1. Yes, $1. Why? That is not entirely clear. Justifications have mentioned job creation and local business interests, but one would think that the Bucks could afford to pay a little bit more. Evidently, the county could use some money.

That’s not the only questionable aspect of Abele’s approach to land development and the park system. As Larson has been sure to point out in his campaign, last year a law was passed giving Abele the ability to privatize and sell land that isn’t technically zoned as park land. Under the new provision, such decisions would not require a public hearing.

Instead, only one other official would have to sign off on the agreement for it to go through. Forty three Milwaukee parks are technically unzoned, including the Milwaukee County Zoo, Cathedral Square Park and the General Mitchell International Airport. Could privatization be a good thing for the Domes? It’s hard to say whether or not it would garner the necessary funds, but the issue certainly calls the county’s priorities into question.

In the meantime, GoFundMe pages have popped up, working to save the Domes. $75 million won’t be easy to raise. There has never been a better time to start paying attention to local politics. The future of the Domes may very well depend on it.