Additional fees for labs across campus being debated 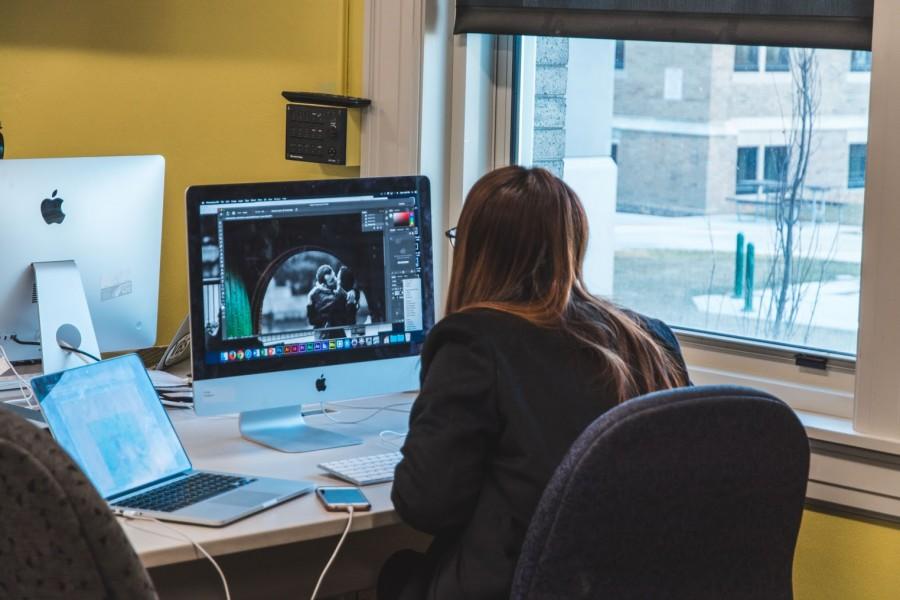 Schools across the university are evaluating and debating whether lab fees should increase.

A new technology fee for classes with a lab component may be added in the colleges of Arts & Sciences, Engineering and Communication, leaving some students unhappy.

The colleges’ deans said all possibilities are being considered and nothing has been decided for sure. This fee would cover increasing costs in the specific colleges, which could include lab equipment and upgrades for technology, including software updates.

Focus groups conducted in some of the colleges have considered the fee a onetime cost before the semester, not for each class that students have to take. This fee would not be included in the tuition increase.

“There are conversations going on between deans, colleges and (the) provost,” said Kristina Ropella, dean of the College of Engineering. “Nothing has been decided in terms of a specific fee implementation. There are a number of options if fees were to be implemented.”

Ropella added that the College of Engineering wants to offer the best equipment possible, but the money has to come from somewhere.

Elise Hahn, a junior in the College of Engineering, said she is not a fan of an extra lab fee.

“They’re already jacking up tuition cost,” Hahn said. “I’m required to take some classes and buy books for them. I don’t want to pay an extra fee.”

Liam Jonas, a sophomore in the College of Engineering, said he enjoys the engineering equipment available now.

“I value labs more because it would have a direct monetary cost,” Jonas said. “Still, I would probably oppose it. College is expensive as it is.”

Grace Lejman, a sophomore in the College of Engineering, said she would be upset if she had to pay an extra lab fee.

“I already pay thousands of dollars to go to this school,” Lejmen said. “It would be a ridiculous charge for a class that they make you take.”

Ana Garner, interim dean of the College of Communication, said the college is conducting focus groups with students about the possibility of charging a new fee of $50 per semester. The possibility of implementing the fees at the beginning of the fall 2016 semester was thrown around.

“The Diederich College will not be charging lab fees anytime soon,” Garner said in an email. “There is no time table.”

Natalie Lah, a senior in the College of Communication, said she thinks an extra fee is unfair.

“Technically, we wouldn’t even be buying the equipment that these fees would go toward,” Lah said. “I already pay for books and tuition. I think the equipment is great. I don’t think upgrades are necessary.”

Joel Burfeind, a sophomore in the College of Communication, similarly did not support the idea of additional fees.

“Some students are forced to take labs,” Burfeind said. “They would essentially be making you pay again. It would be extremely unfair.”

James Anderson, a biology professor in the College of Arts & Sciences, said he would probably be opposed to an extra lab fee.

“I am always against increasing cost to students,” Anderson said. “That being said, somebody has to pay for it. As long as students are happy with the equipment and experiments, they shouldn’t have to pay more.”

“While many institutions across the country have small lab fees, we have not made a decision at this point, as we are continuing our assessment,” Holz said.

A specific fee amount was not discussed in those focus groups, which Holz said should finish in the next couple weeks. If fees were to be implemented, he said they would be modest.

“We are simply at the stage of trying to determine if we should access a small fee for lab courses,” Holz said. “The details for how much and for which classes the fee would be assessed are yet to be determined.”

Francesca Florendo, a sophomore in the College of Health and Sciences, said the university used to pay for other lab expenses, but has since ceased to do so.

“Lab procedures used to be free on D2L,” Florendo said. “Now we have to pay for that. It doesn’t seem fair for the university to consider charging us again for labs.”