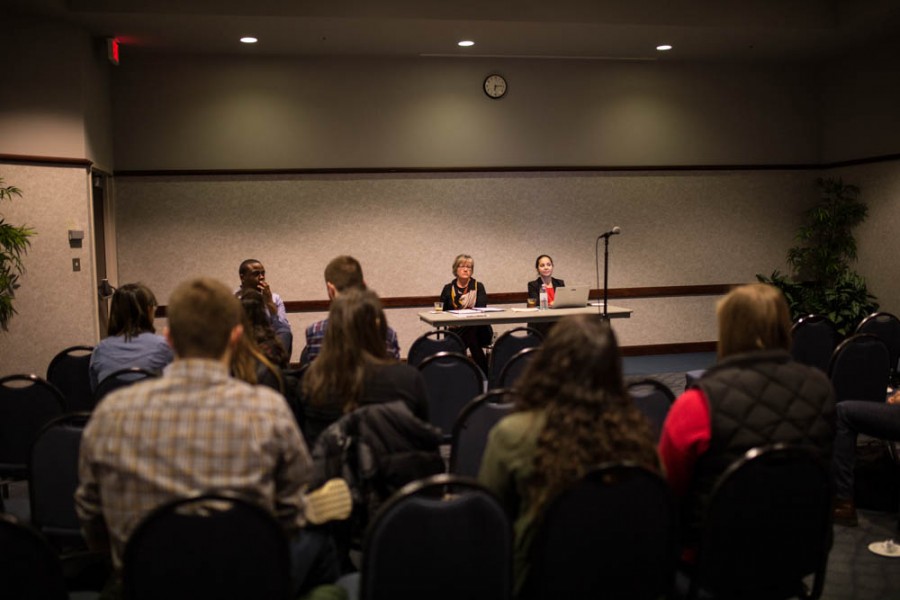 About 15 Marquette students attended a forum hosted Feb. 1 by Anne Deahl, associate vice provost for academic support programs and retention, sharing their opinions on the selection process for the next Vice President of Student Affairs.

The Vice President of student affairs is responsible for campus co-curricular initiatives in conjunction with student academic, personal and professional development.

Josh Miles, a sophomore in the College of Communication and one of the forum supervisors, said it’s important to engage students in the process. He generated discussion by asking students what they want in the next Vice President of Student Affairs.

“I anticipate the new vice president should have a very active role at Marquette,” said Courtney Guc, a junior in the College of Business Administration. “I don’t want them to come in with excuses on issues.”

Amanda Stolz, a junior in the College of Education, said she hopes to see the new vice president around campus when they are hired.

“They should make themselves visible to the students,” Stolz said.

Anna Goldstein, a junior in the College of Arts & Sciences, said the candidate should be involved with the student body.

“Taking students’ input into account is very important,” Goldstein said. “They should make their presence felt at the university.”

The former Vice President of Student Affairs, L. Christopher Miller, resigned in May 2015. Marya Leatherwood, vice provost for strategic and academic planning, is filling the position on an interim basis until a permanent candidate is selected.

Deahl supervised the meeting alongside Miles and Sabrina Singh, an employee of Isaacson, Miller, the company that working as an independent third party to assist Marquette with the search.

“We are here to help get the word out, help potential candidates take a closer look at the position and spread the word,” Singh said.

Singh asked questions throughout the night to gauge what students think is important in a potential candidate. The questions ranged from what pitch will get them to Marquette and how to get the candidates here. She also gave students a chance to voice their ideas on certain offices the vice president would work with including the counseling center, medical center and residence life.

Singh said, although Isaacson, Miller, will help selecting potential candidates, the closed search committee will make the final decision. Deahl added that the committee is staying closed because they want to respect potential candidates’ interest in the job without exposing them to their respective universities, including Marquette.

Deahl said the committee will include student input as well, possibly through Marquette Student Government. She said interviews should start and end in May, and the candidate will officially be brought in July 1.