MUSG elections moved to April due to long spring break 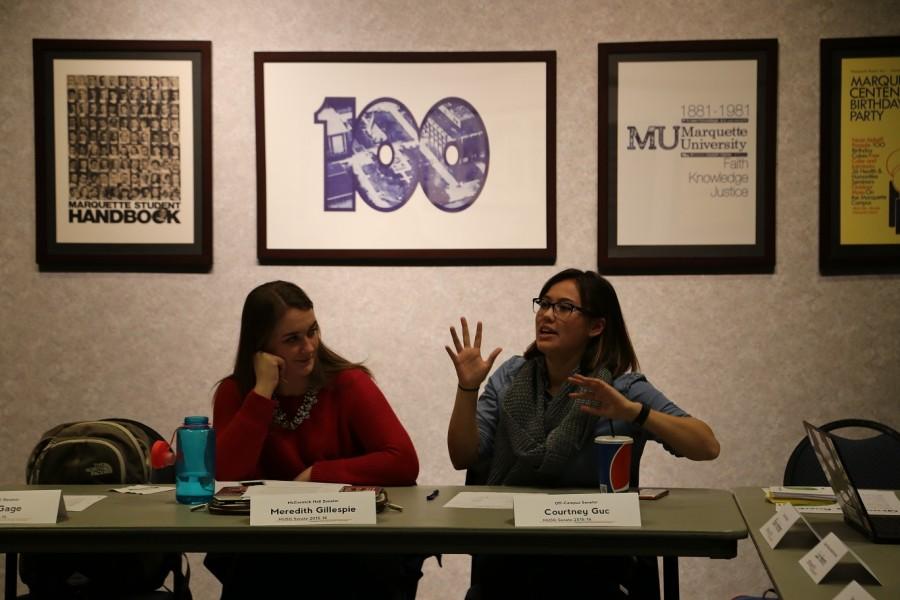 The decision, made at MUSG’s weekly senate meeting, came because of this semester’s extended spring break. With Easter happening March 27, the Easter and spring breaks were combined into a 12 day vacation.

“We’re trying to make it so everyone has enough time to campaign,” Wallace said. “It gives us more flexibility for the date of turning over.”

December, May and August graduates can apply to be the Senior Speaker at May’s commencement ceremony since the university removed the December commencement after 2013. Nominations now need to be sent at least three weeks before the Feb. 19 deadline.

“We want to narrow it down because it’s a long process,” Manjee said. “Three weeks is an ample amount of time.”

In addition, it was announced that plans for a new health and wellness center hybrid are underway. The final announcement was that Milwaukee’s District 4 Alderman Robert Bauman will attend MUSG’s Senate meeting on Feb. 29. Bauman is running for re-election in the sprint 2016 elections.