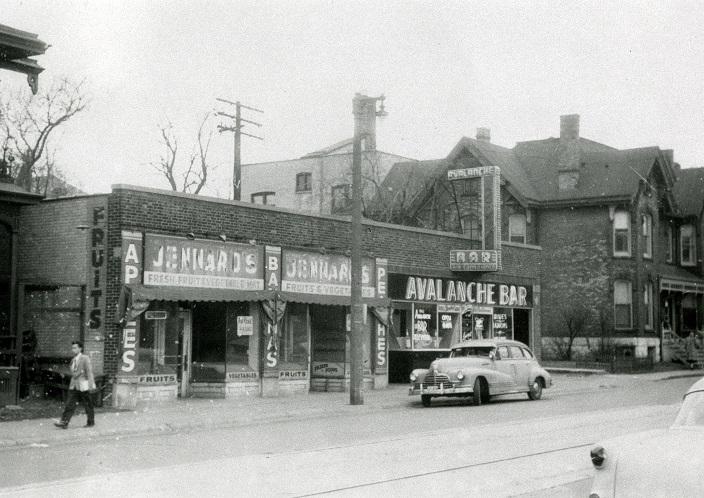 Campus bars, like The Avalanche, closed when the legal drinking age changed to 21 in 1986. Photo via Raynor Memorial Archives' 1986 issue of the Marquette Tribune.

This is part of a series of stories celebrating the 100-year anniversary of The Marquette Tribune.

“Campus used to be a mob scene when bars closed for the night. Sometimes during big events, you couldn’t even drive down the street it was so crazy,” Mike Vitucci said, remembering campus night life before 1986, the year Wisconsin increased the legal drinking age from 19 to 21.

Vitucci has managed multiple bars in Milwaukee since he was 18, a time when nearly a dozen bars decorated Wells Street and students threw keggers in the residence halls. Now he owns Murphy’s Irish Pub and Caffrey’s Pub, the two campus bars that survived Marquette’s transition from a party destination to a semi-dry campus.

When Wisconsin increased the drinking age from 18 to 19 in 1984 and again to 21 in 1986, the university bought out many of the campus bars to create space for housing and commercial property. Campus Circle, a university nonprofit, funded those purchases with the goal of neighborhood revitalization.

At the time, the Marquette community had strong attachments to its favorite campus bars and bar-hopping was the premiere social activity for students of all ages. When Marquette bought the establishments, students and bar owners did not approve.

Many of those bars closed due to the purchase by the university and the smaller number of legal drinkers. A May 1, 1997 article in The Marquette Tribune reported the closing of the Avalanche Bar.

“Students are upset about the closing of the bar and suspect a fight that broke out last week ultimately prompted the bar’s closing,” the article states.

Caffrey’s bartender Eric Titze said he thinks the previous Marquette bar closings were not a result of the university purchases and the drinking age change. He thinks the closings happened because people were being raised to have a different attitude toward drinking.

“The fact that bars still exist and that’s part of the Marquette culture and (the university) is okay with a bar being on campus —I think that’s a good thing,” Berger said.

“I think there was a lot of sadness when bars closed,” Vitucci said. “Marquette made tremendous offers to purchase those buildings.”

Vitucci is right, according to the 1997 Tribune.

“The closing of the (Avalanche Bar) is kind of sad for Marquette because it was more than a bar—it was a tradition,” said Dan Cary, a senior at the time. “I can remember going there in the summers to find it packed with alumni who seem to stay away from the nicer bars on campus and would go to the ‘Lanche for old time’s sake.”

Vitucci said the switch changed the dynamic of campus, which used to be a destination that people from all over came to for a fun time.

Brian Berger, a graduate student in computational sciences at the time, said his parents went to Marquette when more bars were around.

“In terms of college campuses, the fact that there are bars in Marquette buildings that house other things is fairly unique,” Berger said. “I don’t think most campuses even allow that.”