Claire Costanza out for season with leg injury 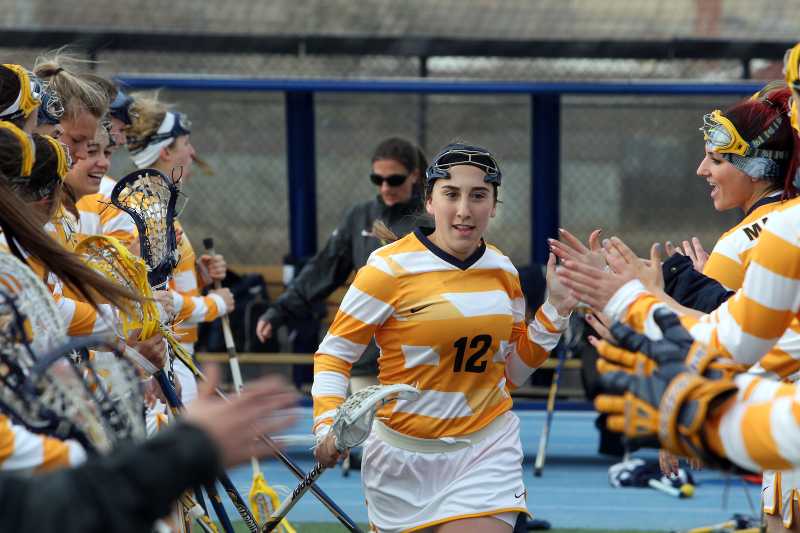 Women’s lacrosse will be without their leader in goals and assists from last season for the upcoming 2016 season.

“Acceptance was the hardest part,” Black said. “She’s a great leader, but we had to move on and accept it.”

The team will depend on each other collectively to help make up for Costanza’s absence. Black said she tries to maximize every single player.

“When someone goes down with an injury, the rest of the team is able to try and make up from what we are missing,” Black said. “When a team comes together like that you don’t feel the loss of one player as dramatically.”

Team captains Kayce Haverstick and Elizabeth (Biz) Goslee admit Costanza is irreplaceable. Goslee, a preseason All-Big East team defender, said since Costanza’s injury she has been around on and off the field teaching the rest of the attackers her secret to success.

“I hope that the attackers take to heart what Claire tells them because Claire has been a huge part in the building of a successful offense,” Goslee said.

Entering their senior seasons, Haverstick and Goslee were named captains by their teammates for the third year in a row. Both defenders have never missed a game in their three-year careers. Haverstick said she feels honored and is extremely happy her teammates view her as a leader.

“For them to look at me as a leader, I feel like I have something to prove again,” Haverstick said. “If you’re going to think about just yourself, you’re not going to play every game.”

Black said it has been a blessing to have the two captains to help the team endure.

“Kayce and Biz are so committed and have been since day one at Marquette,” she said. “They have a great understanding of the team and always know the right things to say and the right thing to do.”

The team believes they must remain mentally tough to overcome their hardships. Haverstick said one of their goals is to finish games stronger.

“We need to compete until the last minute every time we step on the field,” she said.