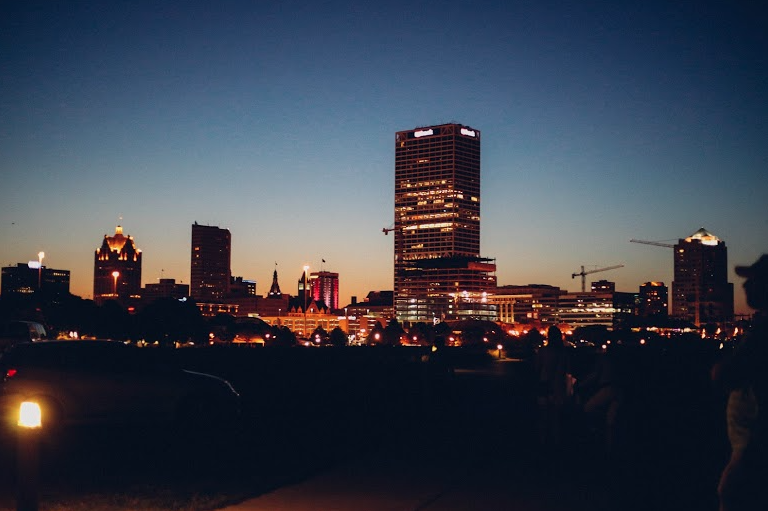 As graduation looms closer, I’m forced to confront the question that’s been at hand for the past four years: where to next?

As a native Chicagoan (loosely, Clarendon Hills), I guess I always assumed the typical suburban trajectory: graduate, get a job in downtown Chicago, live at home for a (little) while, and go from there. Frankly, Milwaukee was not part of the unspoken plan. In my mind, there was not an obvious incentive to relocate to Milwaukee when I lived 25 minutes outside of Chicago.

My sentiments have since changed, but evidently, I wasn’t alone in having them. The infamous Wisconsin “brain drain” has hit Milwaukee particularly hard. A study done by the Wisconsin School of Business estimated that Wisconsin lost roughly 14,000 college graduates annually during the years 2009 to 2012 with a majority of those being young adults ages 21-29. Despite Chicago’s reputation to be the “Land of Oz” for jobs among Marquette students from Illinois, their native state did not fare much better. The same study estimated that Illinois lost roughly 20,000 college graduates per year and as many as 46,000 in Michigan.

Maybe the word has gotten out that it’s chilly up here. Despite the Colectivo, BelAir and other Milwaukee stickers proudly displayed on Macbooks across campus, the majority of us aren’t staying in “The Good Land.”

Of course, this creates massive economic problems. Less young people means less potential employees, which in turn means less business. Less business leads to less new business, and so the cycle continues. Cities simply grow faster and larger when there is a high population of young people, bringing with them new knowledge and innovative spirit, which is characteristic of Generation Y. The migration is essentially robbing the economy of new knowledge, especially in the information technology field. A major skills gap is anticipated by 2018 with an estimated 61 percent of jobs in Wisconsin requiring a college degree. By 2011, only 39.6 percent of working adults ages 25-64 held a two or four-year degree in Wisconsin.

To add salt to the wound, Milwaukee placed 39th out of the 40 largest metropolitan areas in startup activity as measured by the Kauffman Index in 2015. The state of Wisconsin placed 50th. The index takes into account rates of entrepreneurs and density of startups. Policymakers did not seem particularly shocked by this revelation considering that Wisconsin, Milwaukee in particular, has a strong manufacturing industry that wouldn’t fit into the tech-based startup index. Some cities may have more startups, but that doesn’t necessarily speak to their success.

Still, the startup scene holds the key to the revitalization of Milwaukee. So why aren’t we all staying? Studies point to a number of factors, and to pin responsibility on a single one would be misguided and myopic.

The issue has been brought up in regards to the highly controversial education budget cuts made to the University of Wisconsin system totaling $250 million. Talks about removal of tenure policies within the system also raised havoc. Critics argue that such drastic cuts – representing some of the largest higher education budget cuts in the country – drive the brightest students and faculty away from the state of Wisconsin. Public education for grades K-12 was also subject to budget cuts this year, so some claim the brain drain is partially due to lack of sufficient education funds.

Another large factor at play in the brain drain is Milwaukee’s public transportation system. A study conducted by the Boston Urban Land Institute in October 2015 found that public transport was a “very important” factor in city choice for 80 percent of the young professionals surveyed. Why? Cars are expensive and many millennials are searching for walkable, bike-friendly infrastructure that many American cities don’t offer.

Some Wisconsin policymakers have argued that the state is focusing too much on massive highway expansion projects and ignoring the local transportation infrastructure that needs rebuilding. The addition of the Milwaukee streetcar will surely help businesses and possibly encourage more local road efforts. This is the type of flexible transportation system needed.

Even with a perfect education and transportation system, the spirit of innovation lies within the young. Thankfully, it looks like many have stepped up the plate, creating more jobs each day. Organizations like Gener8tor and The Commons have pledged their support for young entrepreneurs with passion for their ideas. Marquette itself has its very own Kohler entrepreneurship center with staff, informational programs, competitions and funding for aspiring start-ups. The resources at our fingertips are endless, yet many students have no idea they exist.

Zoomshift, Spothopper, RentCollegePads and The GoodJobs are just a few of the successful startups started right here in Milwaukee. There is no reason your idea can’t join them.