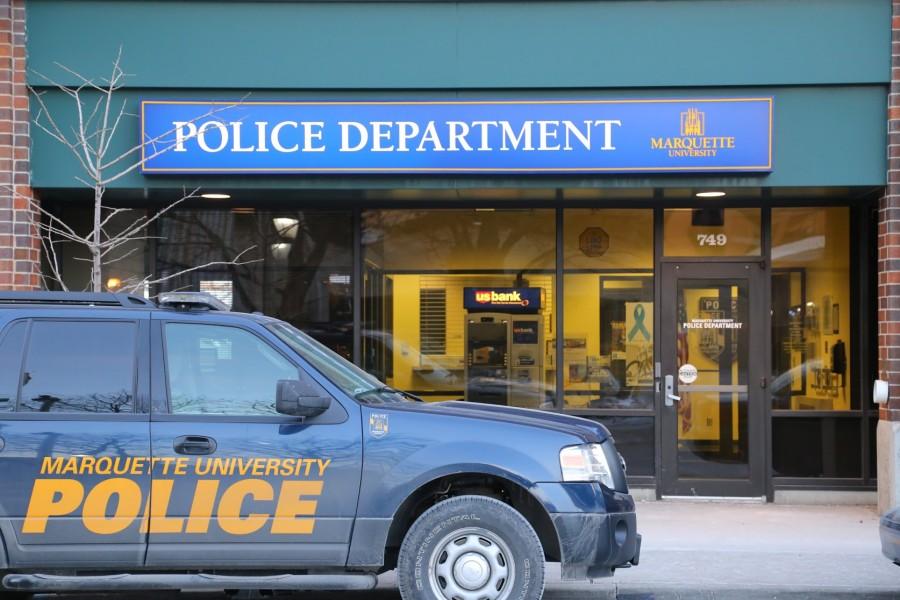 As the Marquette Police Department enters its second semester since being commissioned, it is setting goals and looking back on crime from winter break.

MUPD Chief Paul Mascari said this week that a meeting will take place between MUPD and Marquette IT Services. They will discuss the possible future implementation of body cameras on patrol officers.

They will evaluate different models of body cameras and the costs and logistics of storing and retrieving recorded videos. Mascari also said MUPD is reviewing privacy policies when it comes to turning body cameras on and off. He said application of body cameras will ensure that nearly all MUPD actions are recorded.

“Between the body cameras, the in-car video that we already have, as well as the cameras that we have around campus, we should have ample video coverage of any interaction that we have with the public,” Mascari said.

Additionally, Mascari said it’s too early to put a definitive timeline on when the body cameras could be used but he hopes to have a more direct plan in the next few months.

“We need help implementing them,” Mascari said. “There’s a lot of IT aspects to it as well. I would hope by the end of the semester we would have a pretty good plan in place for implementation.”

MUPD recently changed the wording of its crime log entries to reduce mentioning estimates of money lost in theft of damages. Instead, there is a new category for those reports – “Theft less than $500.”

Lt. Kevin Walz said in an email that sometimes there are reports where the damage amount is not known at the time of the incident, so there is no dollar estimate.

“When the actual amount is estimated it is put into a supplemental report,” Walz said. “This is also true with burglaries when the victims are unsure of the value of the property at the time of the report.”

MUPD “does not report values or amounts on non-MU retail theft reports, or when a non-MU victim is the victim of property damage,” Walz said.

A student’s car was damaged and broken into on the night of Dec. 25. The robbery took place near the intersection of 16th and Wells St., less than a block from the MUPD offices. According to the MUPD daily crime log, damage estimates to the car were valued at $250 and the stolen possessions were estimated at $250.

The student’s boyfriend critiqued MUPD’s failure to stop the robbery in a Facebook post on the Marquette Class of 2016 page. The MUPD administration office was closed Dec. 25 for the holidays and a report on the incident was not published until Jan. 4.