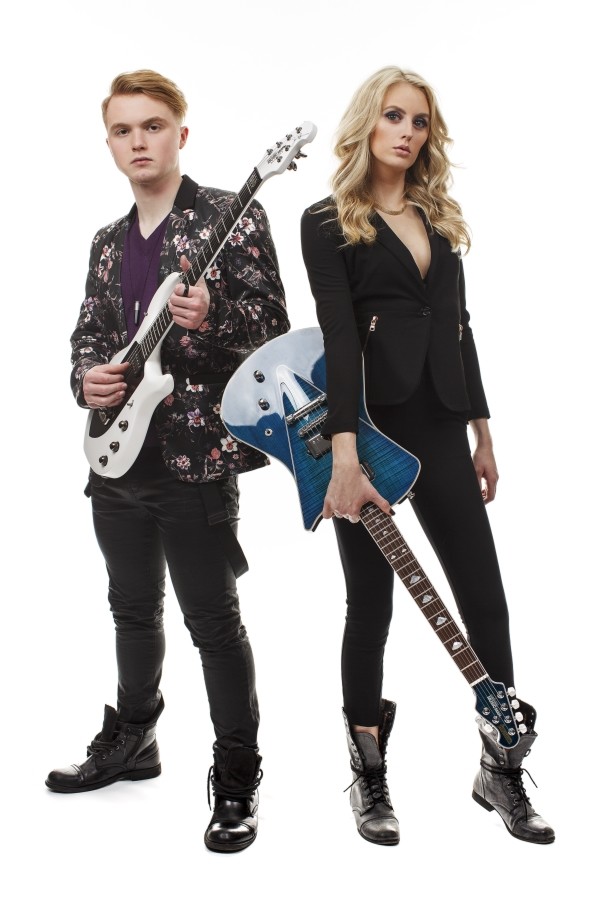 With close to 200,000 views on its Youtube channel, Drayter is a new band to watch. The pop/rock duo based in Dallas, consists of two guitarists Cole Schwartz and Liv Miner. The performance veterans have been in the music scene since 2008, touring with prominent bands like Three Days Grace and Stone Sour. To put that into perspective, Marquette seniors were in the eighth grade at this time when Drayter was busy honing their craft, growing as artists and as people.

Their music contradicts what we northerners expect to hear from the Long Star State, and that works out just fine. Put in a track from Drayter, and what you will hear is a blend of rock, pop, and alternative music.

“We like to blend sounds from different bands that we like to listen to and that aren’t necessarily our own genre,” Schwartz said.

He said his personal influences come from a band named Death Heaven and other metal classics.

Drayter gained popularity by performing covers. When thinking of a name for their group, they first thought of Broken Spine but later it was decided that the name didn’t fit with their image.

One day they heard the name Drayter on a cartoon show. Schwartz doesn’t remember the exact show, but he strongly suspects it was South Park.

“It was pretty cool and unique,” Schwartz said. “So we just changed the spelling and went with it and people started knowing us as the young named Drayter who played all the covers.”

The band started out as a couple of friends hanging out and playing music together on weekends, bonded by a love of Van Halen, AC/DC, and Led Zeppelin. But once they started doing shows, people noticed their talent. After a while they realized that they had something, and they wanted to take itself a step further.

Their upcoming album is the fruition of that spirit.

“The main theme of the album is acceptance, within yourself and in your community,” Schwartz said. “Not really being afraid to do something that’s different or something that makes you who you are.”

Schwartz said the process was long, but once they had demos, Drayter took the promising ones to the studio and ironed out the kinks.

Schwartz says the song “Best I’ve Had” was the most fun to make.

“It’s a real upbeat fast song,” Schwartz said. The song “Run” is unique for the group because of its mainstream pop style, something new for the band. Schwartz added that one of the most memorable parts of the creation was the 25-piece gospel choir. “That was an unforgettable experience.”

“NINE” was a truly collaborative effort.

“We’re not a band where each person sticks to their own individual thing,” Schwartz said. “We all give input to each other’s spot, which is great because you get a different perspective.”