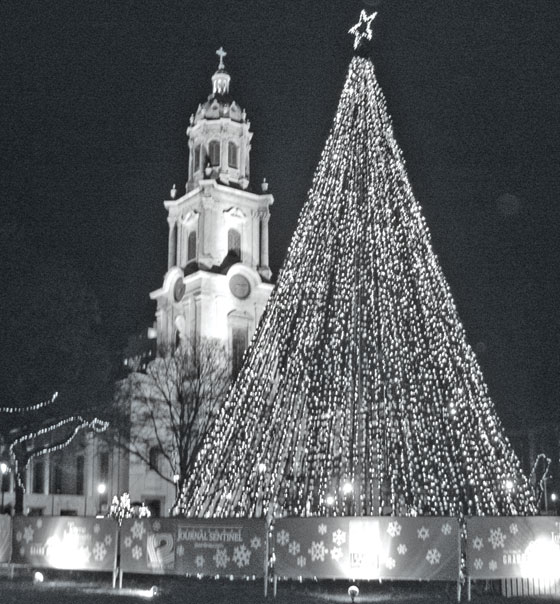 Behold the most wonderful time of the year when every commercial on the radio has a slight jingle of bells in the background. For the most part, Christmas songs are timeless. So much so that many will casually turn their heads when they consciously butcher the antiquated lyrics, partially because Shakespeare-style English isn’t exactly catchy. Ever stop and wonder what some of these cryptic carols mean? I pulled together some that deserved clarification.

I have a hard time separating this “troll” from an internet “troll” that won’t stop posting Christmas stuff on Facebook, but rest assured that isn’t what this lyric is referring to. “Yule” refers to the months of December and January in the ancient Germanic Lunar calendar. The term came to be associated with the spread and celebration of Christianity throughout Northern Europe. “Troll” means to sing with passion and fervor. Putting it all together: “Sing the songs associated with Christian roots, dictated by a seasonal calendar, with passion.” I guess we’ll stick with the former.

Among the many insults directed at Mr. Grinch, this one really hints at the desperation felt by the author to come up with something that rhymes. What is a hoss you may ask? Well in case you didn’t conclude this from crooked dirty jockey, “hoss” is a somehow accepted way to say “horse” according to the dictionary.

No meaning here, completely arbitrary number. I was disappointed.

“Still through the cloven skies they come:” It Came Upon the Midnight Clear

This is one of those songs that you aren’t aware you’ve heard until you actually put it on. Certainly not the most jazzy tune, but Frank Sinatra sings it beautifully. The word cloven had me feeling like I was out of my league again with the old English. Cloven simply means split in part, often in two even parts. So, this means skies are split in part to allow for angels to descend from heaven and celebrate the birth of Christ on Earth.

It’s not “Boptail,” not that it would make any more sense anyway. Bobtails are horsetails that are cut short so they aren’t caught in the reigns. Who knew a stylistic choice could be so mysterious?

I was pretty proud of myself that I made the connection between the verdant and the Spanish word for green, verde. Verdant means green, specifically with vegetation. Makes sense since most people try not to get a lame-looking Christmas tree.

“In the meadow we can build a snowman then pretend that he is Parson Brown:” Winter Wonderland

This line probably wouldn’t fly today. Who is Parson Brown and why do children feel compelled to pretend he’s their snowman? Parson is a term used to refer to a protestant pastor, and Brown is presumably a pastor the author knew. In rural areas, pastors would often travel from town to town to perform marriage rites. This would explain why the kids talk about marriage and say “you can do the job while you’re in town.”

This one has too many abnormal lyrics to sum up. Do a lot of people ask for partridges in pear trees for Christmas? The song is thought to have been published first in Britain in the 1700’s, and was meant to be a children’s memory game to see which child would “mess up” the pattern first. There are some detailed theories that the song is meant to symbolize key tenants of Catholicism to help children remember their faith during the time when open practice of Catholicism was illegal (partridge in the pear tree symbolizes Jesus, two turtles doves represent old and new testament). It seems like a stretch, but worthy of entertainment.