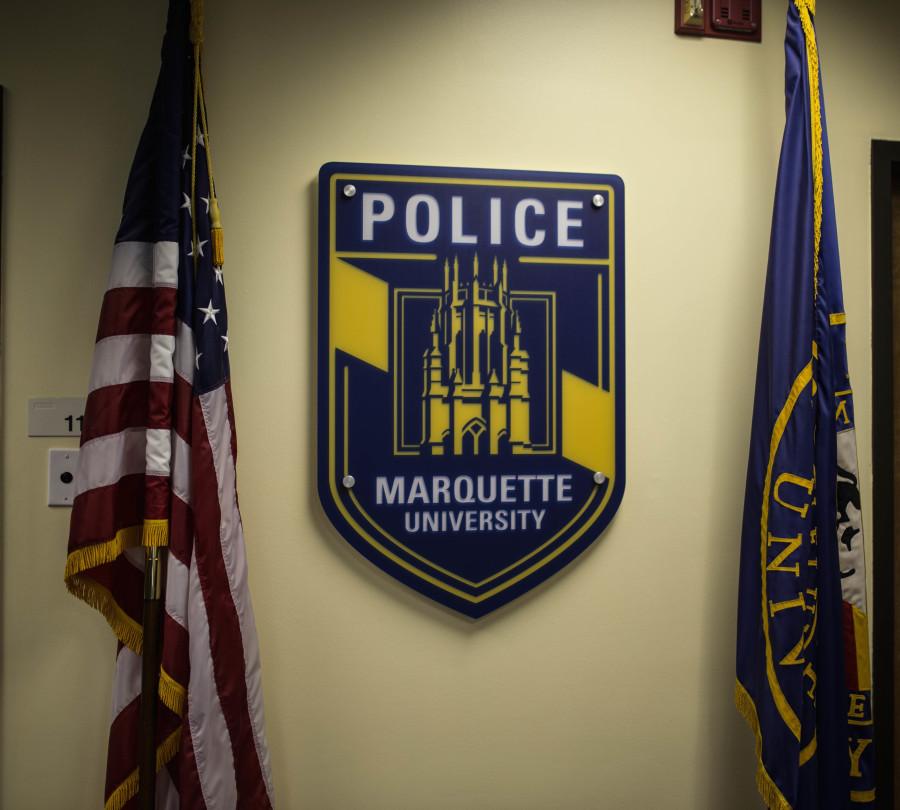 There were no safety reports about this weekend's crimes, leading to student speculation. Photo by Maryam Tunio / maryam.tunio@marquette.edu

The Marquette Police Department is exploring better ways to use social media to inform the community about crime after rumors spread about a burglary and robbery this past weekend.

MUPD said it will meet with Marquette’s Office of Marketing and Communication to develop the best way to share crime information online.

“We want to be careful that we aren’t inundating people that they become numb to the point that they don’t recognize when there is something serious going on,” said MUPD Chief Paul Mascari.

Two subjects approached a Marquette student on Saturday as she exited her building and they tried to forcefully remove her purse. MUPD was in the area and quickly detained the suspects.

The following day, two subjects were allowed access into an apartment building where they knocked on doors until they gained entry into an apartment. They stated they had a weapon and obtained property before fleeing. One suspect was immediately detained while the other was chased off campus, identified and later taken into custody by MUPD the following morning.

Rumors about those events swirled on Facebook and Twitter. Some people said there was strangulation or rape involved in one incident. There was speculation that a group of perpetrators dressed like students with backpacks was becoming a trend.

“I think the misinformation was what was getting people upset,” Mascari said. “The fact that people were implying that this was a trend, that some things happened that really didn’t. Those were all contributing factors to people’s anxiety levels rising about something that (they) probably otherwise wouldn’t have been as concerned about.”

An emergency alert text message is only sent to students if there is an immediate threat in the area. Usually, if the perpetrator has not been taken into custody there will be one issued.

Although in Sunday’s incident only one of the two perpetrators was taken into custody, an emergency alert was ruled unnecessary because he ran off campus and was identified.

“Safety alerts are not a breaking news feed,” said MUPD Captain Jeff Kranz. “It’s important that it not be because when that thing goes off, we want people to know they have to look at it because something is going on right now.”

Debbie Aderinkomi, a junior in the College of Communication, said she heard about the weekend’s events from a friend.

“Initially when I heard about the story I was a little freaked out,” Aderinkomi said. “Hearing it through someone else rather than through MUPD was weird just because I feel like most people won’t go double check someone they heard the story from to see if it’s true so it just shows you how powerful word of mouth can be.”

Kranz spoke to many concerned parents to dismiss the misconceptions. Both Mascari and Kranz urged parents, students and other members of the community to call MUPD if they have any concerns. They also said the crime log, both online and at the MUPD station, are available to anyone.

Within the past six months of MUPD becoming a police force, robberies are down almost 40 percent compared to the same time last year.

“I think it was helpful to be able to dispel the thought that there was this organized team following people from different locations and robbing them,” Kranz said. “In reality that wasn’t the case and that seemed to be a big point that calmed a lot of nerves.”