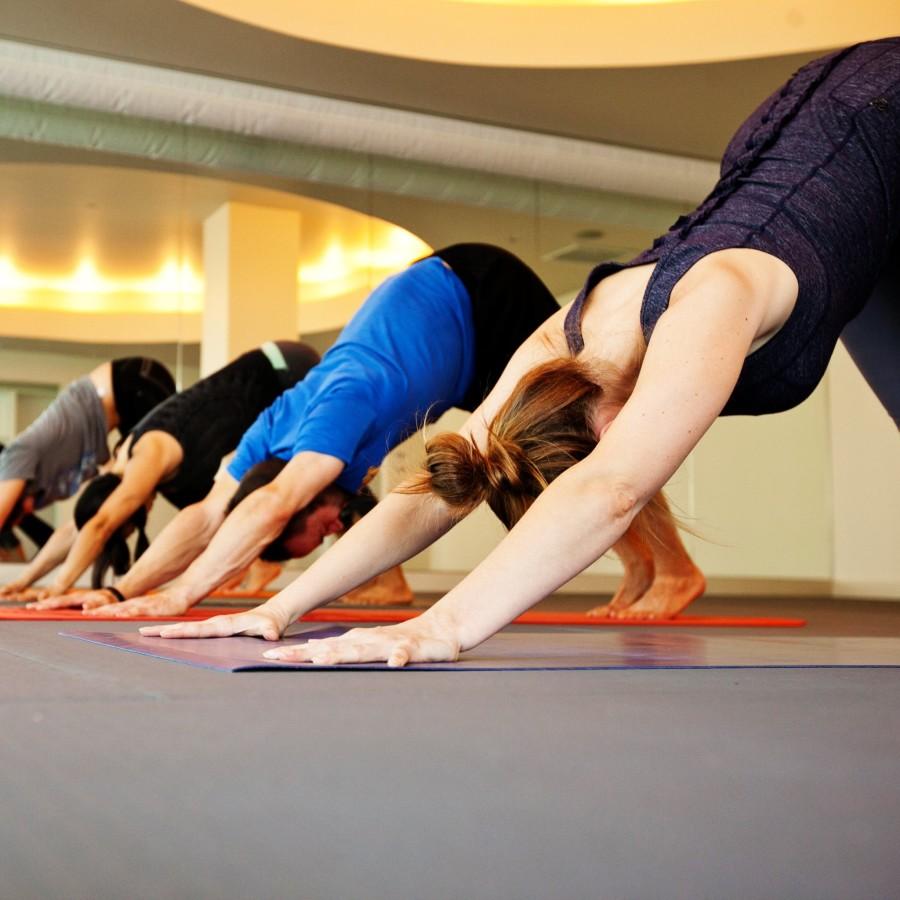 Taking the time to enhance the Milwaukee community is something worth striving for. It is a goal that is difficult to achieve, but something that Yoga Six plans to accomplish with their giving back series this November.

With Gratitude and Giving November, Yoga Six, with the help of other local yoga studios, is strengthening the Milwaukee community one yoga class at a time. Every Sunday at 9:30 a.m; the studio invites those new to yoga to join classes with studio owners and yogis from the area.

The series is donation-based so that students may learn a variety of teaching techniques from different yogis each week. The donations will benefit omTown Yogis’ Annual Grant Fund which helps share the practice of yoga to those with little to no exposure in the Milwaukee area.

With a new studio opening in mid-December on North Prospect Avenue, Yoga Six hopes this series will allow local Milwaukeeans to see what the studio has to offer.

Ana Llewellyn, the regional manager of growth markets at Yoga Six, has become a major contributor in this series and hopes the studio’s mission will be well received.

According to Yoga Six’s website, “the ‘Six’ refers to the multi-dimensional results of a consistent yoga practice: stronger, leaner, clearer, calmer, braver and further.”

“The type of yoga that we offer is driven primarily by science,” Llewellyn said. “When someone comes into one of our studios, we ask what their goals are. We then make class recommendations so we can help them achieve their goals and see results.”

“Yoga can sometimes be intimidating for some people, but we cater to the almost 95 percent of people who have never tried yoga or were scared off after only trying a little bit of it,” Llewellyn said.

Megan Rende, Yoga Six’s local studio manager in Milwaukee shared how she helped make this series a reality for the city.

Rende, and many other studio owners and managers, share the same ideology: that they are not in competition with each other and instead use expansions such as the one by Yoga Six as a way to strengthen a sense of community in Milwaukee.

Pairing up with so many different studios assists Yoga Six in achieving its goal throughout the course of its November series.

One of the many studios that is working with Yoga Six during this November series is Urban Om, owned by Jozi Tatham and Kelsey Weaver.

As a relatively new studio – its opening was in January – Urban Om describes its space as a studio that can “create community and build a safe place to call home; a place where you can explore yourself, find your edge and break down boundaries without judgment or fear,” according to their website.

The studio encompasses the idea of “om”as it represents the connectedness of the community. One way the co-owners look to accomplish that is through the November giving back series. The studio on North Farwell Avenue will host one of the Sunday classes this weekend.

“I love to foster the growth in our community,” co-owner Kelsey Weaver said. “This can be done by supporting each other, learning to laugh with each other and just helping each other.”

Being a part of the Sunday series helps Weaver see how much she can benefit the community.

“It’s cool to have been able to witness the growth,” Weaver said. “We are still witnessing our students gravitating toward that sense of community and involvement. We also love that Milwaukee is like a big, small town. People come from all walks of life and being able to come into the same area and to get along without any preconceived notion of one-upping each other.

“Being able to teach together with multiple different studios is a great way of enhancing the community,” Weaver said. “It’s not just about an individual studio but enhancing the yoga community of the city.”

The event this Sunday, Nov. 22, will take place at Urban Om’s studio as Weaver and Tatham co-teach the class that morning.

“There will be community building by connecting with others, possibly by grabbing hands with the person next to you to help with balance,” Weaver said. “It will be fun, carefree and appropriate for all levels of experience. Even if people have never done yoga, before they will be able to find a sense of comfort and home during the class.”