Students have one day to write, shoot and edit short film 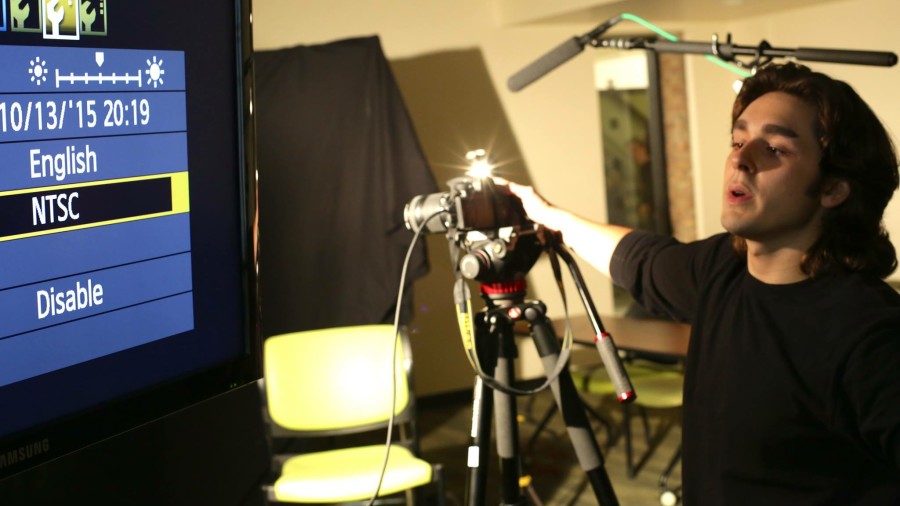 Brian Mohsenian and George Bicknell will assist groups during the race.

Over the course of one day, 1.8 billion Coca-Cola products are consumed, 149,748,480 snapchats are sent and the Earth makes a full rotation on its axis. A lot can happen in 24 hours.

This student organization is the product of a fusion between Fade In: Film Society and Production Club, an organization started by Joe Brown, a professor in the College of Communication. Film Club holds movie screenings, lectures on cinema and workshops on cameras, audio and editing throughout the year. The 24 Hour Film Race is the club’s major event this semester.

“This is the first time we’ve done such a thing at Marquette that I know of,” Brown said.

Marquette’s film race was ultimately Brown’s idea. At the start of the race, the judges will reveal three elements that each film must include. These elements will be a movie genre, a prop and a line of dialogue, perhaps from a famous movie. Other than those requirements, participants have the freedom to be as creative as possible with their films.

“It’s kind of fun because everybody’s going to approach the parameters in a different way,” Brown said.

Although such 24-hour film races are regular events in the film world, Brown says that these competitions are typically sponsored by film societies, unlike Marquette’s, which is just for fun. Brown’s goal for the film race is to encourage creativity and collaboration between students across Marquette’s different colleges. However, at least one student on each team must be in the College of Communication, since production equipment and facilities are provided and communication students will likely be more familiar with how to use them. George Bicknell and Brian Mohsenian, seniors in the College of Communication and Arts of Sciences, respectfully, are the hosts of the film race and will be on call throughout the competition in case of technical difficulty.

“We’re hoping to get teams of students involved to write, cast, film and edit a three to five minute film within 24 hours,” Bicknell said. “(It’s a) fun thing to do and as a challenge, but also as a motivator as well, just for people to work together that don’t normally work together to collaborate and make something cool.”

Mohsenian and Bicknell are co-heads of creative affairs for the Marquette Film Club and have been working with Brown to plan this event. Their tentative schedule for students partaking in the competition is as follows:

At approximately 6:30 p.m. Saturday, there will be a screening of all the films in Johnston Hall room 103 and anyone is welcome to attend.

Brown, Bicknell, Mohsenian and a panel of other professors will judge the films based on strength of technical aspects, including look and sound, storytelling ability and how well the genre, prop and dialogue are incorporated. Brown says that the judges will also take into consideration audience reaction to the films. Bicknell and Mohsenian added that originality is an important factor in judging as well. There will be a prize package for the team that wins first place.

The organizers of the film race acknowledge how challenging it will be for the teams to capture the vision they wish to convey while still remaining within the constraints of the competition.

“How well they use their time is definitely a big part,” Mohsenian said. “It’s really hard to actually make something in a specific amount of time, especially when you have an idea.”

“This is just kind of a creative, fun event to get people excited about film,” Brown said.

Bicknell and Mohsenian say that the success of the 24 Hour Film Race will be dictated by audience reception, much like a movie itself. They agree that the best thing that could come out of it would be that, by popular demand, Marquette hosts another film race in the future.

“If people love it so much that they ask for another one, that would be the best,” Bicknell said. “If in the end they’re like, ‘We have to do this again,’ that would be ideal for me.”

The 24 Hour Film Race will be accepting signups until the day of the competition.