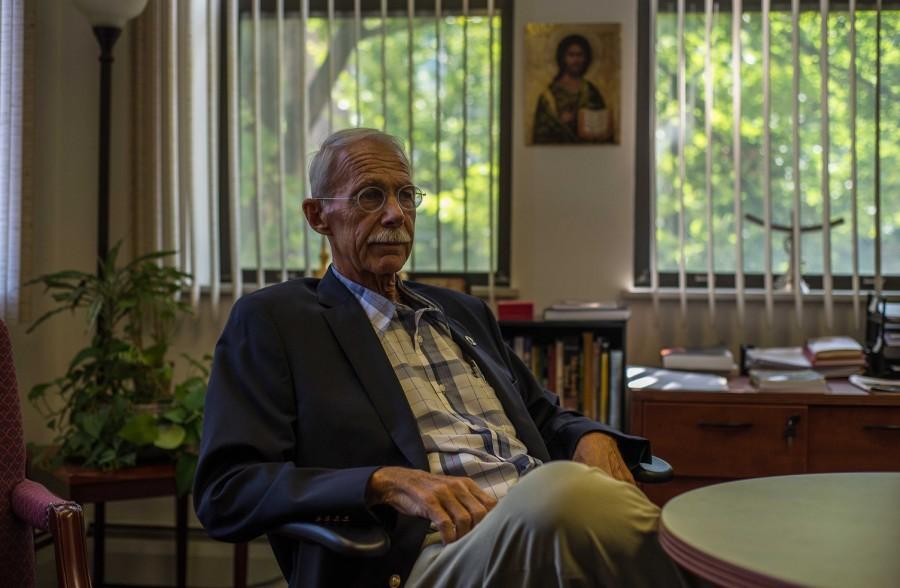 The Church of the Gesu is planning a memorial Mass for its former pastor the Rev. John Schlegel, who died of cancer in Omaha, Nebraska on Nov. 15. He was 72.

Schlegel battled inoperable pancreatic cancer for almost nine months before dying in hospice care. Omaha is the home of Creighton University, where Schlegel served as president from 2000-2011. He served as Gesu pastor from June 2014 to October 2015.

John O’Brien, Gesu’s executive director of operations, said Schlegel’s ability to form strong partnerships between the universities he led and their local communities was just one of his many strengths.

“Whether at a university or parish, (Schlegel’s) preaching helped people connect scripture to current events and their own spiritual lives,” O’Brien said in an email.

O’Brien said Schlegel was able to bring people together because of his outreach to students and staff. Schlegel engaged in civic affairs, the local arts community and local politics.

One of Schlegel’s last tasks for Gesu was raising $30,000 to replace the altar carpet. Parishioners voted among having the carpet be burgundy, indigo blue and steel grey, with the winner being indigo blue.

When it came to Schlegel’s ministry, O’Brien said diversity and inclusiveness were his hallmarks. Schlegel worked to balance academic and administrative work with community involvement and his pastoral duties.

“(Schlegel) was grateful to spend the last months of his life working at a parish where he felt renewed in his priesthood,” O’Brien said in an email.

Gesu parish staff is planning a memorial Mass for Schlegel. The date has yet to be determined but O’Brien said it should be a week to 10 days after Schlegel’s funeral on Nov. 20 in Omaha.

Schlegel was born on July 30, 1943, in Dubuque, Iowa.  He attended Loras College before entering the Jesuit novitiate at St. Bonifacius in 1963.  After completing his theology studies at Heythrop College in London, England, he was ordained on June 22, 1973, and pronounced his final vows on April 22, 1982.

After earning his master’s degree in political science, he returned to Creighton to teach. He left to be the academic dean of Rockhurst College in 1982. Throughout the years, he was dean of the College of Arts and Sciences at Marquette, executive and academic vice president at John Carroll University and president at the University of San Francisco before becoming Creighton’s president. Schlegel finished his career by returning to Marquette to uphold pastoral duties.

Schlegel hired Creighton’s first female vice president and had many awards bestowed upon him by the Boy Scouts of America, including the Silver Beaver, Distinguished Eagle Scout and Citizen of the Year. He was a Jesuit for 52 years and a priest for 42 years.