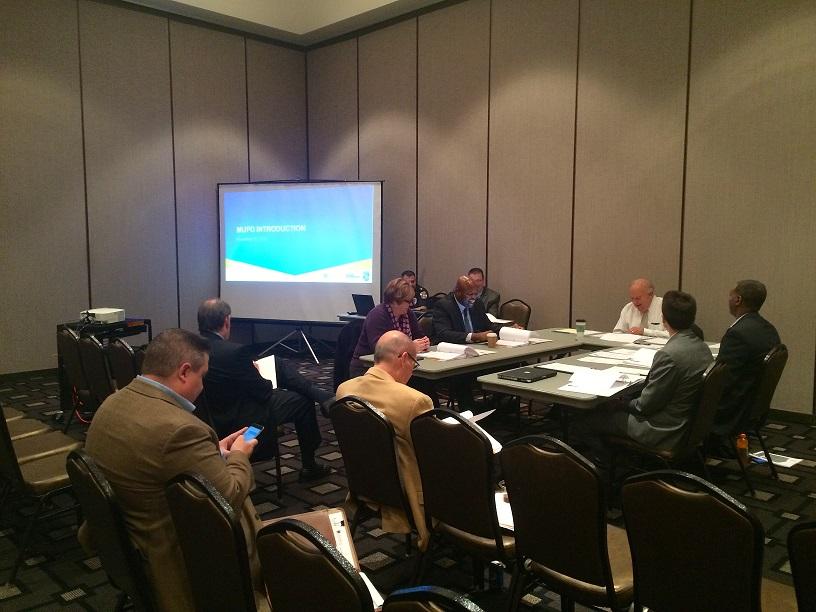 New advisory board meets in the AMU on Nov. 10 to discuss their role and charter. Photo by Brittany Carloni/ brittany.carloni@marquette.edu

University President Michael Lovell established a Marquette Police Department Advisory Board, which provides recommendations on MUPD policies and procedures to Lovell, the Board of Trustees and MUPD Chief Paul Mascari.

The announcement was sent in a university news brief on Nov. 2. The board’s charter states that additional responsibilities will include reviewing complaints against MUPD personnel and any other duties assigned to the board by Lovell or the Board of Trustees.

“I think it’s a really good idea for the university to have constituted this board because this was an opportunity for there to be input from the constituencies that the Marquette Police Department serves and have input from them on the operation of the department,” said Thomas Hammer, chairman of the board and associate professor of law.

Hammer said he looks forward to having the board serve as a valuable resource for the university and the police department.

The advisory board consists of:

“I think everybody around the table here wants MUPD to be a success, wants to get be successful in improving safety in our campus community and the area around our campus,” Hammer said. “We want to be a resource to help make that happen.”

Before making a presentation at the board’s first meeting, Mascari thanked the members of the advisory board for serving their positions.

“I think it’s going to be extremely beneficial to us and our operations,” Mascari said. “As I’ve said from the beginning, I want to run a department centered on transparency and communication and I think this advisory board is a key component of that.”

The advisory board’s first meeting took place Nov. 10 in the Alumni Memorial Union Monaghan Ballrooms. The meeting included discussions on the charter and operating rules. Mascari gave a presentation on the transition from a department of public safety to MUPD, which included descriptions of MUPD community outreach initiatives like Coffee with a Cop. At the end of the meeting the board elected Lowe vice-chair. Three people were in attendance at the meeting.

The next Advisory Board meeting will take place Dec. 8 at 3 p.m.