Professor looking to continue research on health in Lindsay Heights 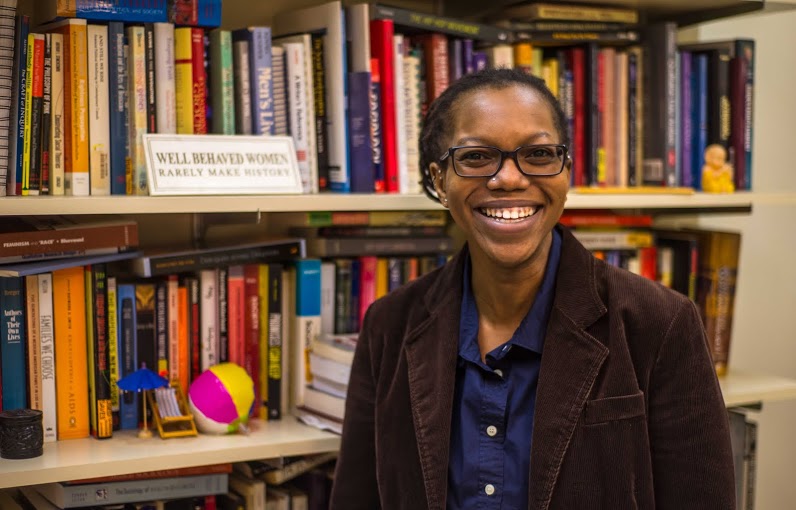 Angelique Harris, an assistant professor of social and cultural sciences, is looking to secure more funding to continue promoting health after the Lindsay Heights research project concluded in June.

Lindsay Heights is an economically disadvantaged neighborhood in Milwaukee where 95 percent of the community is African-American. Harris joined with health workers and partners to understand and try to improve the health of its women of color last year.

“We want to use the (Lindsay Heights’) findings to, in essence, create a systems change within a health care setting,” Harris said. “We want to try to develop ways in which health care providers can take into account culture, like access to healthy food or stress levels, when they care for patients.”

Harris and other researchers are also conducting a series of focus groups this summer with African-American men about the same issues, as they previously focused only on women in the community.

Harris said she is working on ways to establish and sustain overall healthier living in the community. She plans to begin a process to bring in health sciences students to provide exercise training to further continue the relationship with the community.

Part of the group’s research focused on the lack of access to gyms and grocery stores in the neighborhood. Harris said no gyms have been built, and there aren’t any plans in the works for one to come to the area. Harris said there is an Avenues West project to bring in a grocery store. In January, Outpost Natural Foods announced Walnut Way Conservation Corp. and Fix Development are renovating a vacant Lindsay Heights building into a pop-up store.

The Lindsay Heights project started with the aim to reduce obesity in African-American women living in the area, as 80 percent of these women were overweight or obese. However, Harris said after speaking to the women, she decided it would be more beneficial to establish social support and health promotion. After interviews and focus groups, Harris said she realized views on weight and obesity are culturally determined. For example, many women associated “thin” with drug addiction or unhealthiness and being overweight with attractiveness, leading to a general unwillingness to lose weight.

“What was most impressive was how important it was for there to be social support among the women,” Harris said. “The women loved working with health workers and interacting with the other women. By participating in the project, they formed more connections with other women and learned about community resources.”

When Nina Myrick, a community health worker who helped with the project, returned to the community after living in Los Angeles for several years, she said in a video that she was inspired to help.

“When I came back to my community, I saw there were no more grocery stores,” Myrick said. “That was deepening to me, so with that, I said, ‘how can I make a difference here’?”

The project worked to make the participating women more health-conscious.

“This program has made them aware of how important their health is and why they want to live longer and why their families want them to be around longer,” Myrick said.