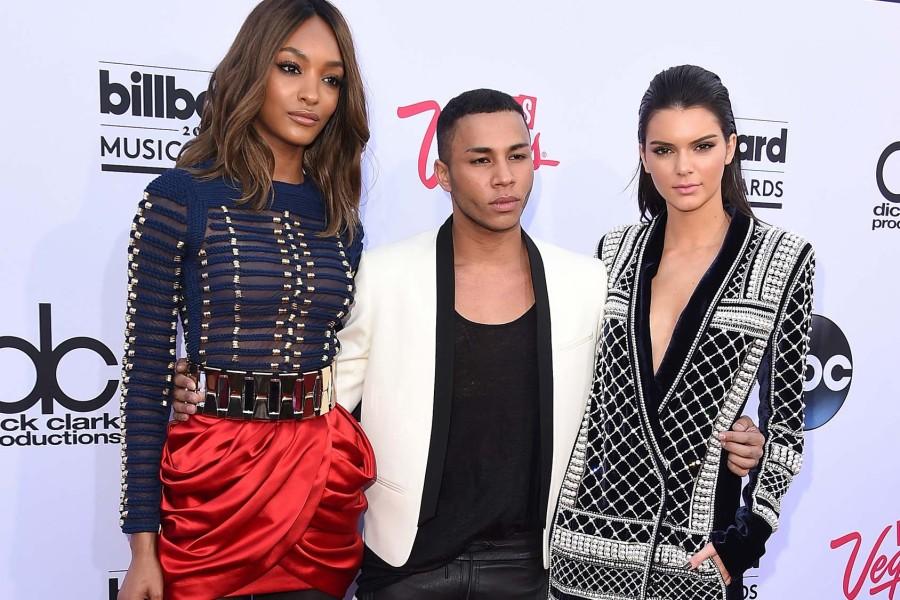 Much like the launch of a new iPhone, the debut of an H&M designer collaboration results in fans lining up at stores across the country for a chance to get their hands on the brand’s new heavily promoted fashions.

Such is the scene today at select H&M stores, including the one on Chicago’s Michigan Ave, as they debut the highly anticipated Balmain x H&M collection

Balmain is the latest high fashion brand that the Swedish clothing store known for offering trendy and inexpensive fashion, has collaborated with. Every designer H&M works with yields massive excitement from fans, but Balmain’s recent resurgence of mainstream popularity thanks to a new head designer and celebrity patrons like Kim Kardashian, have made this collection particularly sought-after.

Even people who aren’t fans of H&M, like Sihan Chen, a freshman in the College of Business Administration, are excited at the reality of the collaboration.

“The reason I am so excited is that Balmain is a high-end fashion brand. Normally, the price of Balmain collection is expensive,” Chen said. “You can buy a Balmain design with a H&M price.”

While it is true that the pieces in Balmain x H&M cost a fraction of the price of regular Balmain, whose items can range over four figures, fans expecting to see an H&M price dangling from this elaborate collection’s price tag will be sorely disappointed.

While the majority of regular H&M pieces are under $50, the average price in Balmain x H&M, which strongly features silk shirts, wool blazers, beaded dresses and braided tops is about $155. Additionally, quite a few of the more heavily embellished pieces cost over $400 each. The highest priced item is an intricately beaded dress costing $649. The most expensive ever from any of their collaborations with other designers.

While the collection appears to remain faithful to the ornate luxury of the Balmain brand, the price raises the question: for what audience is H&M designing this collection? Certainly not the stylish yet price-savvy college-aged shopper they usually target.

Jim Palmer, a professor in the College of Communication, suggests that H&M’s designer collections like Balmain x H&M could be a long-term attempt to change their customer base.

“I think they’re trying to change their target audience from that of a kind of youngish women to an upper middle class women,” Palmer said.

He explains that in recent years H&M has been plagued with complaints of poor customer service and low quality items, potentially prompting them to change their brand positioning. However, this doesn’t come without its risks.

“I think it’s a big risk in some sense, because that’s not what they’re known for. They’re not known for the high-end designer collaborations,” Palmer said. “It remains to be seen if they can change that.”

Indeed H&M is still viewed as a store for less expensive shopping.

Lisa Roman, a junior in the College of Communication and an occasional H&M shopper, typically thinks of the store as being reasonably priced, saying that she could foresee herself casually picking up a piece from Balmain x H&M and going to check out, without expecting it to be expensive.

“I’m on a very tight budget as a college student, so I don’t know if I’d buy things that were super expensive,” Roman said about the collection.

However, she admitted that by just having the collection in H&M she’d be more inclined at least entertain the idea of a purchase.

“Those clothes being in an H&M store, I’d definitely be more willing to look at them and like pull them off the shelf,” Roman said.

Palmer explains that this is exactly what the brand hopes will happen by stocking this collection.

“I think when H&M’s current customers find out that these products are available there, it might open up their eyes and give them a new perspective on H&M,” Palmer said.

Similarly, by collaborating, Balmain makes their brand more accessible to a new audience.

“Balmain and other brands are aspirational, but if you provide (the H&M target audience) with an opportunity to get to that level where they won’t have to take out a loan to do it, then they might feel really good about it,” Palmer said.