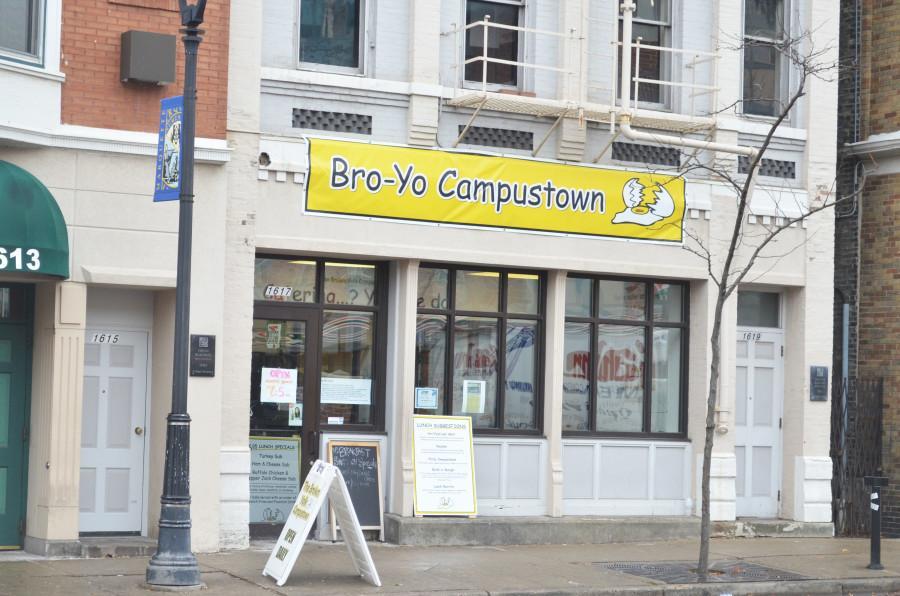 Bro-Yo’s extended hours are 11 p.m. to 3:30 a.m. on Thursdays, Fridays and Saturdays. They have been in effect for a few weeks.

The restaurant hopes to attract many customers during the new hours. It’s a new late-night food option that students have in addition to the surrounding Qdoba, Papa John’s, Real Chili, Dogg Haus and Jimmy John’s restaurants.

However, the consensus from those restaurants is that they have no added competition from Bro-Yo being open for late-night hours.

“It’s a totally different entity,” Papa John’s General Manager Robert Hall said. “We haven’t had any problems yet and I’m happy for (Bro-Yo).”

Keith Oman, general manager for Qdoba, said the surrounding restaurants have completely different products. He believes Qdoba will be fine.

“I love Broken Yolk but I don’t think its affecting our business too much,” Barnette said. “At least nothing that I’ve noticed at all.”

Jim Gatto, the owner of Bro-Yo, said the decision has been a success so far.

Gatto said one issue they looked at when deciding whether to do late-night hours was the potential conflicts that could arise. Late-night customers can bring in fights or raucous behavior. Gatto said there has been no issue with that so far.

“Kids have been more than gracious to us,” Gatto said. “I think we work well with students and we have a good reputation in the Marquette community.”

Bro-Yo plans to keep its full menu available during late-nights this semester. It hopes to compile data from this semester to determine if a reduced menu will be put into place next semester.

Gatto said the reason for the potential change is that there are often two employees working during the extended hours. He does not want customers waiting long periods of time for their food so reducing the menu could help orders come out faster.

“We don’t want anyone waiting around for a long time for just a bacon, egg and cheese sandwich,” he said. “If we can fine tune it (the menu), we will.”