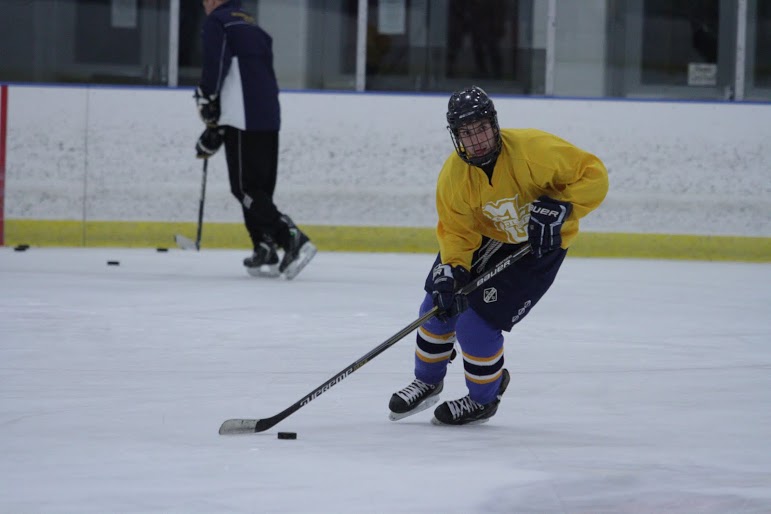 The Marquette hockey team puts its 12-game home win streak on the line this weekend as it hosts the Creighton Bluejays for a two game series at the Ponds of Brookfield.

Fresh off a weekend sweep against cross-town rival UW-Milwaukee during which the team outscored the Panthers 20-5, the Golden Eagles look to continue their impressive scoring production against an experienced Bluejays squad. Marquette is averaging five goals per game, led by sophomore forward Brian Kennedy, who has nine goals on the season.

“We need to stay focused on the upcoming games and getting prepared for that so we make sure not to take a step back after a successful weekend like this,” said junior forward and team captain Adam Benkovich after the UWM victories.

Both the offense and the defense have played well overall for Marquette this season, though the defense has proven to be unreliable at times.

Marquette’s defense can be stout one game, but porous the next. Last weekend’s series against UWM was a prime example. During Friday’s contest, the defense allowed three unanswered goals, causing the Panthers to tie the game in the third period, before the offense bailed them out late in the third. In Saturday’s game, however, the defense was stingy and only let up one goal.

Whether or not Marquette’s defense shows up to play against Creighton this weekend is the X-Factor. The Golden Eagles have the firepower to win shootouts against teams, but they will only gain the respect of their top opponents if they can be consistent in all facets of the game.

At 8-3-1 and with 17 points, Marquette shares a tie for second place with the University of Arkansas in the Division III Pacific Region of the American Collegiate Hockey Association. The team has improved significantly since losing its first three games, and looks to achieve its goal of qualifying for Nationals.

“I really thought guys were in the right spots on the ice and making the correct decisions with the puck,” said head coach Will Jurgensen after the UWM series. “It was nice to see the drills we work hard on in practice start to take shape and improve our game.”

The Bluejays enter Milwaukee with just four games under their belt, but they’re 4-0 with an impressive 29-9 goal differential. It will have to be the rigid defense that shows up this weekend for Marquette if they want a shot at defeating their regional rival.