10 costumes you definitely saw at Marquette this Halloween 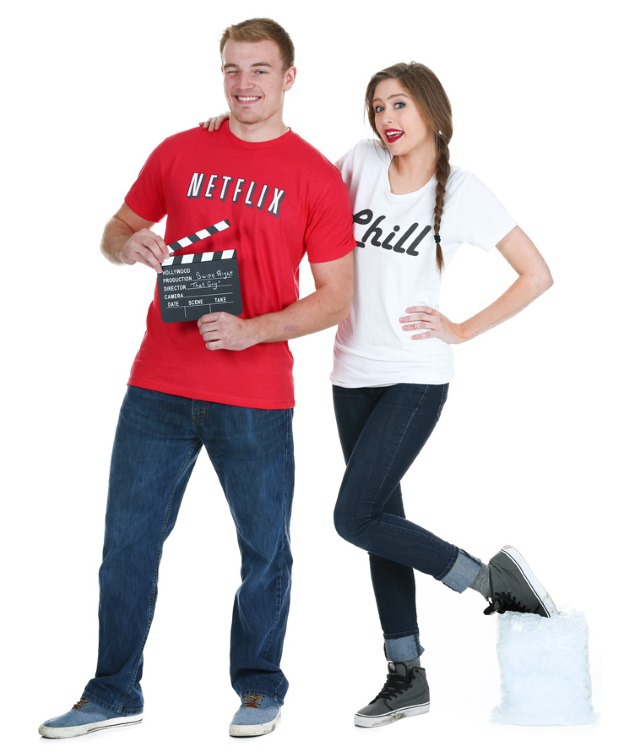 Sugar and (pumpkin) spice (lattes), and everything nice that graced the streets of Marquette last weekend!

To start with the basics (pun absolutely intended), the cat is an easy yet cute Halloween costume for the broke college girl. Pick up a $5 headband with furry ears from the drugstore, and you’re all set! This costume looks good in pictures, won’t be falling apart by the end of the night, and did I mention it looks good in pictures? Fun and versatile, you can pull off the classic cat costume by yourself or with a group of friends. You can never have too many cats crawling up and down Kilbourn.

This costume is a killer mix of creative and lazy at the same time. It keeps up with modern culture by bringing to life society’s latest phrase yet doesn’t cost you a cent. (Disclaimer: It probably cost you about 37 cents of PrintWise money.) You wear a sign with the Netflix logo on it, and your friend wears a sign that says, “Chill.” Together you’re the perfect duo. It’s funny this year, but unfortunately it’s not one you’ll be able to reuse next Halloween, since society will probably have a newer, more hip obsession to dress up as by then.

Don’t be this kid. Don’t be that person at a Halloween party wearing the same thing you wore to your 8 a.m. class, and when people ask what you’re dressed up as, you answer, “myself.” Nothing against being yourself, but Halloween is the one weekend when you shouldn’t be yourself! Why would you be yourself when you could be a cat?!

4. Normal Clothes That You Say Are a Costume But That Aren’t Really a Costume

It’s like dressing as yourself, but better! You still get to dress as yourself, but you get a chance to be creative with it. If you saw someone this Halloween wearing an orange-ish sweatshirt, instead of assuming they weren’t dressed up, maybe you should’ve asked them. Maybe they were a pumpkin. Or a tiger. Or the Nickelodeon logo. Or an orange, which would be punny. The possibilities are endless! Maybe this is actually the most creative costume out there. It’s like a workout for the imagination. That being said, I would like to apologize to all you creative pumpkins on behalf of the rest of the student population for the crestfallen looks we gave you this Halloween.

Whether a PG-13 Mickey, or Elsa when she takes her hair out of that braid (let it go, right?), college students definitely like to have fun displaying what our favorite childhood characters grew up to look like.  Maybe it’s because you’re away from home. Here at college, when you get back to your room at night, that old Woody doll that’s been sitting on your rocking chair for the past 15 years won’t be staring at you all night with a look full of shock and disappointment when he sees what you’ve done to his wholesome, iconic image. Well, hopefully the cold never bothered you anyway. Oh, and the princesses who remained true to the classic Disney look were super awesome, too. Your parents should be proud.

You’re that kid who waits outside the elevator to terrorize groups of innocent festivity-goers with your freaky costume. No one, including yourself, actually knows what you’re supposed to be. As long as it has a mask that will give the rest of us nightmares, enough fake blood to make us feel queasy, and some dark-colored garment, I guarantee no one will stop to question what your costume really is. Nevertheless, we appreciate your enthusiasm for the holiday.

Chances are, this name alone made you call to mind that one giant banana in your friend group of cats, angels and Catholic school girls. I encountered my fair share of hot dogs, penguins and giraffes this weekend, and also a silly number of people who actually pulled off dressing as pumpkin spice lattes. These costumes rock because while all your friends were shivering waiting for the LIMO, you were warmly concealed in that heavy fabric that doesn’t breathe even a little as it shielded you almost too well from that brisk Wisconsin air. And to think they laughed at you for the whole hour you guys spent taking pictures in the McCormick hallway. Who’s laughing now, cats?

Not that people would ask what you’re supposed to be, but just in case they did, you were ready with the subtle hair flip and answer, “I’m not wearing a costume!” Even though it’s nothing original and there was probably an angel in every friend group, you looked amazing and you knew it. All the bananas were probably just a little envious of how good you looked, even if they wouldn’t admit it. Angels are great costumes because you get to feel pretty and glittery but still cute and innocent. Plus, you stand out from all the cats!

Oh, dear. Would Sister be okay with this? Enough of us at Marquette went to private Catholic high schools to know that this thought crossed the mind and the Instagram caption of every girl who abused the plaid skirt that was once the only item in her wardrobe. But as long as your bra didn’t clash, it’s probably okay, right? Only one demerit maybe? Plus one for the knee sock violation? Were you even wearing socks, or did they not go with the heels? Better make sure your Insta is private, just to be safe.