Office of Institutional Diversity and Inclusion to streamline efforts 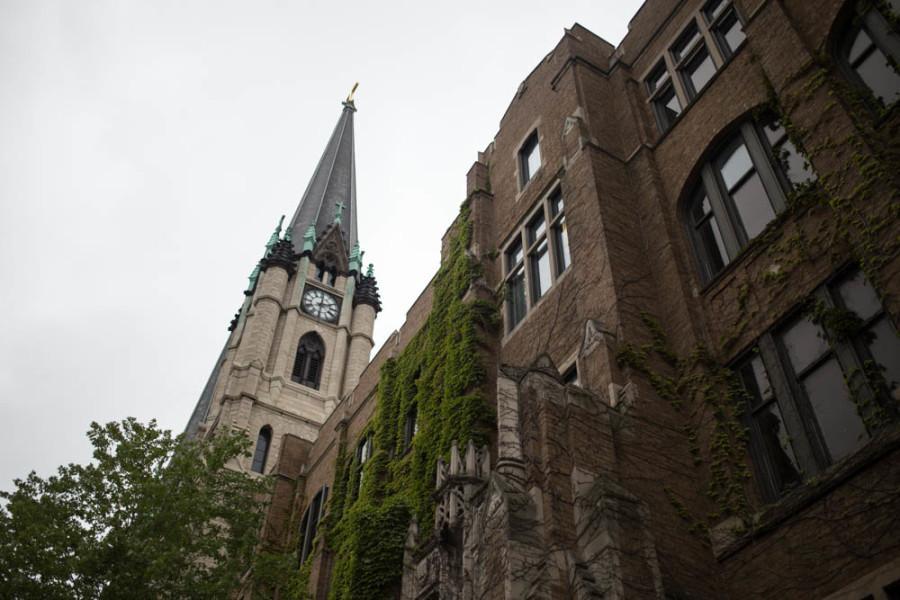 Marquette established an Office of Institutional Diversity and Inclusion this week to streamline diversity and inclusion efforts around campus.

Its responsibilities include keeping an eye on all diversity and inclusion activities and making progress. It will also encourage different groups to join forces so they can make a bigger impact.

“There’s a lot of diversity efforts going on on this campus,” Provost Daniel Myers said. “Sometimes there’s two different groups working on the same thing, and they don’t even know it.”

The university announced in a Oct. 26 news brief that Myers established the office and appointed William Welburn as its executive director. Welburn previously worked as the university’s associate provost for diversity and inclusion.

Myers said another reason Marquette created the office is to send a message to the community.

“We want to signal to campus that the provost office and university is very serious about diversity issues,” Myers said. “We want a recognizable, identifiable unit where people know to turn to.”

Myers said there is no one better to lead the diversity efforts than Welburn, who said he received many messages of excitement since Marquette made the announcement.

Welburn said the creation of the new office drives the university’s mission to be an innovative institution.

“Our goal is to bring cohesion to the community so people begin to work together,” he said. “It puts what we’ve already articulated in our values, our mission and even our catch phrase, ‘Be the Difference,’ into new perspective.”

With his new role, Welburn is a member of the University Leadership Council, which includes the university’s senior administrators and deans.

“Being in the world of people who are making critical decisions and setting critical priorities for this campus, I think, is going to be very important,” he said. “To have the chance to represent diversity and inclusion in that context will advance diversity.”

“That doesn’t typically happen,” Welburn said. “I’ve worked at enough universities in my career to know that, but when it does occur, exciting things happen.”

Myers said the excitement around campus will be great for the university.

“I think this is a really important moment for the university,” he said. “There’s a lot of momentum about diversity and inclusion that will allow us to make progress.”