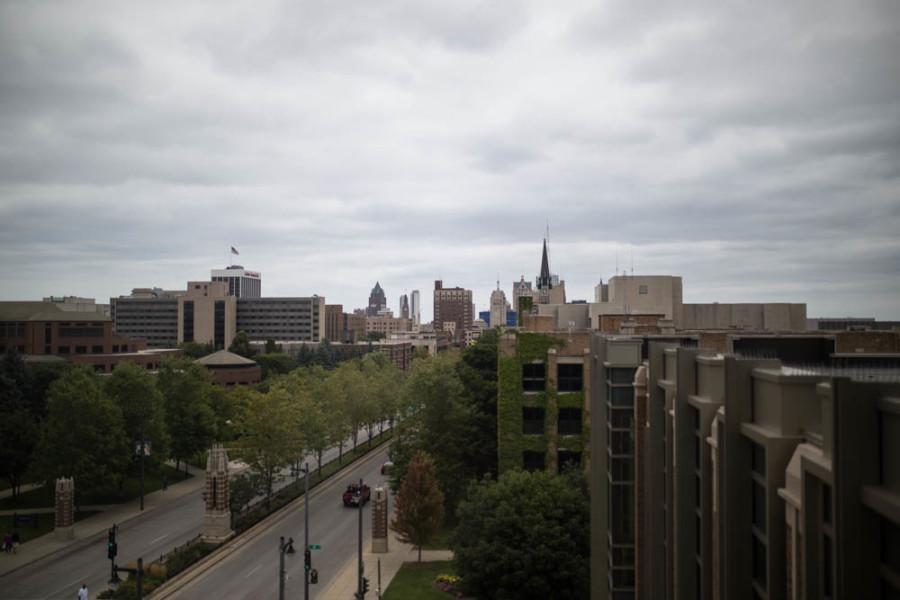 The Marquette chapter of Upsilon Pi Epsilon, the international honor society for computing and information disciplines, and the Association of Computing Machinery hosted an undergraduate programming competition over the weekend.

The competition, in its second year, was open to all undergraduate students. The participants competed for three hours, solving algorithmic problems to earn points and win prizes.

During the competition, judges test the student-made programs and provide feedback. If a program passes the testing phase then its participant gets 100 points on the scoreboard and moves on to another problem.

The competition is modeled after the International Collegiate Programming Competition, with the major difference being how competitors are scored.

“We don’t check to see how well they answered their questions, we just look for a correct output,” said Casey O’Hare, a junior in the College of Arts & Sciences and computer science major who helped organize, proctor and judge the competition.

The undergraduate competition focuses on the final product of the student-created programs rather than the details of the algorithms.

4 teams of students participated this year. O’Hare said a lack of advertising resulted in the turnout.

Another in-house competition hosted by UPE and ACM invites high school students from all of Wisconsin to campus in the spring..

“We fill almost every lab in this building that we can set up,” said Luke Mivshek, a senior in the College of Arts & Sciences and computer science major who helped coordinate the event.

He said around 70 students showed up for the spring event last year.