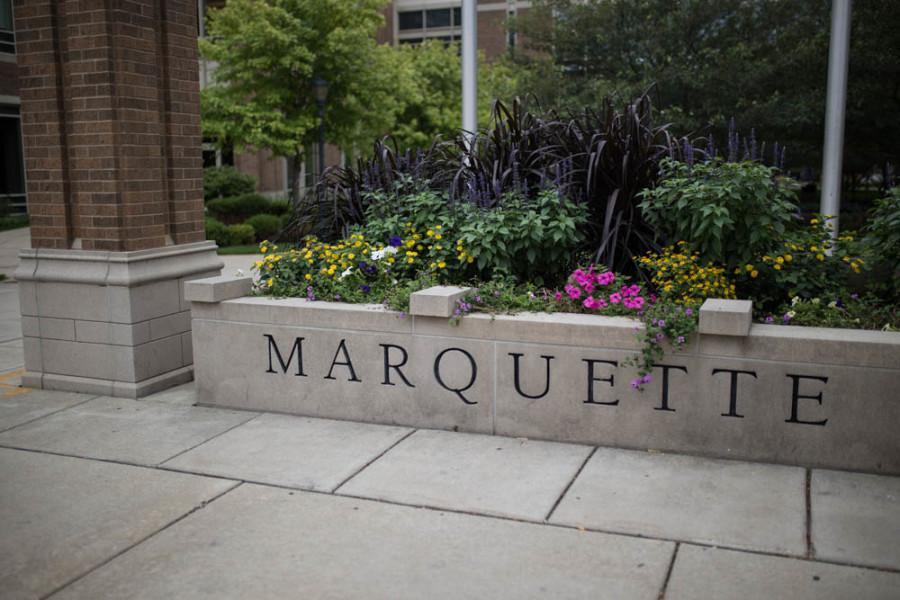 The student organization Youth Empowered in the Struggle is working to establish a scholarship fund for undocumented students on campus.

“At Marquette, we know tuition is not exactly cheap so it is something that we have been talking and thinking about in terms of what we can do to address it,” said Miguel Sanchez, a senior in the College of Arts & Sciences and president of YES. “There have always been undocumented students here, however small an amount.”

YES became an organization in 2010. Sanchez has been actively participating since 2011 and is leading the charge to instate an undocumented student scholarship.

“We are scheduling a gala for March 2016,” Sanchez said. “The idea is a night of bringing people together to support similar causes and issues. We, the students, are the ones that are figuring all of the details out and trying to plan.”

The gala aims to receive support from students, faculty, alumni and the larger Milwaukee area and surrounding businesses.

Sanchez said if the plan to fund a scholarship for undocumented students falls through for the spring, YES will continue to work on fundraising.

“I am a senior, but I will still be around Milwaukee after I graduate,” Sanchez said. “If it doesn’t happen this year, I will still be coming back to help push for it in the following years.”

According to the Center for American Progress, each year about 65,000 undocumented students graduate from American high schools and about 49 percent of undocumented 18 to 24-year-olds who completed high school are enrolled in or attended a higher education institution.

The report also says many undocumented students find it hard to complete their degrees due to barriers including financial burdens.

“For several years there has been a very small portion of students that are undocumented and not all of them have sufficient aid,” Sanchez said. “Either Marquette did not grant them merit-based scholarships or they are not eligible for government funding.”

Eva Martinez Powless, director for intercultural engagement, advises YES by showing them where to go and with whom to meet to get the scholarship started.

“This scholarship is very unique to Marquette, but there are other scholarships like this in Chicago,” Martinez said. “These things are happening around the nation and I think that if there are enough funds raised, it will be possible.”

Two other Jesuit universities, Santa Clara University in California and Loyola University in Chicago, created scholarships for undocumented students over the past couple of years.

Sanchez said Santa Clara received funding for the scholarship through the Jesuit community. The scholarship works similarly to a work-study program where the undocumented student helps with Jesuit work to maintain their scholarship.

Loyola created the scholarship by passing a referendum to increase the annual student activity fee to $2.50 each semester. That added up to more than $50,000 for the fund.

Sanchez said YES is drawing ideas from both universities, but the that best option is fundraising.