New Jesuit Residence to be named after donors, dedication ceremony at end of October 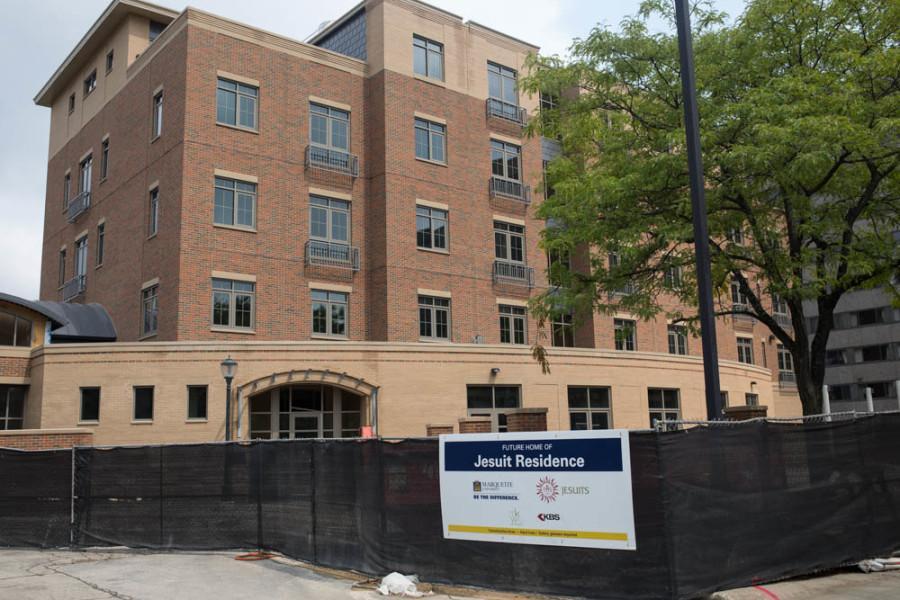 Marquette’s new Jesuit Residence will be named after Dr. E. J. O’Brien, the father of the facility’s lead donor, according to a university news brief.

O’Brien’s daughter is Patricia Schneider, who anonymously donated $10 million in January 2014 to create the building. Jesuits will start moving into the residence during this year’s fall break, which runs from Oct. 22 – 25. The Dr. E. J. O’Brien Jesuit Residence dedication ceremony will be Oct. 30.

“Marquette is grateful for Patricia’s gift, and we are honored to have her family’s legacy live on in this superb new home for our Jesuit priests,” University President Michael Lovell said in the news brief.

The residence will include a chapel that will be named after Patricia Schneider’s late husband, Donald Schneider.

O’Brien graduated from the former Marquette Medical School in 1928. Two of Patricia Schneider’s brothers, her daughter, her son-in-law and two of her grandchildren are Marquette alumni.

“The Jesuit community plays a critical role at Marquette in sustaining the university’s Catholic focus and tradition,” Patricia Schneider said in the news brief. “My family is proud to join the other generous donors to provide an on-campus, quality living facility for these committed religious leaders at the university.”

In addition to the $10 million donation, the residence was built with a $5 million gift from Ray and Kay Eckstein’s charitable trust. The residence will have 25 resident rooms, five guest rooms, a chapel and garden space.