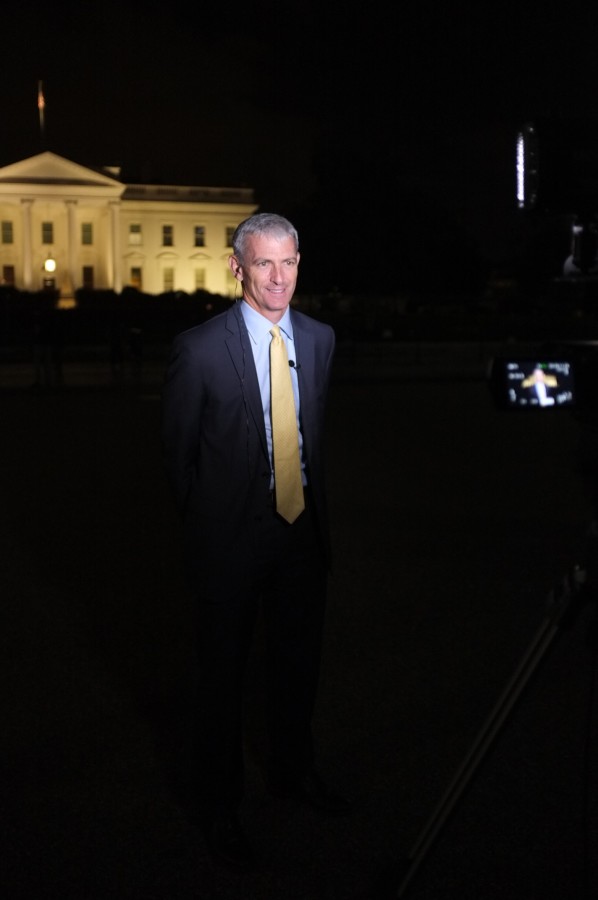 “It was a once-of-a-lifetime opportunity that I feel so blessed and fortunate to have been a part of,” Lovell said in an email. “I witnessed the welcome ceremony from the south lawn of the White House with thousands of people from around the world.”

Milwaukee County Executive Chris Abele invited Lovell to the event on Sept. 23. The trip was the pope’s first to the United States, and he also made stops in New York City and Philadelphia.

Ledesma, author of “The Gay Catholic” blog, was invited by to the District by the White House.

“It was surreal,” Ledesma said in an email. “I was standing behind my boyfriend wondering to myself how I even got there. While Pope Francis was speaking, you could feel the energy of the people, but the crowd was silent. We were all hanging on his every word.”

“He said that we can no longer leave climate change to the next generation,” Lovell said. “Truly, Pope Francis has made an impact on people across the world and I saw genuine excitement and energy from those with him.”

“My thoughts now are how proud I am to be a gay Catholic,” Ledesma said. “Being in the pope’s presence and hearing his loving words has definitely deepened my faith.”

2014 alumnus Aaron Ledesma and presidents of other Jesuit schools were also in attendance. Lovell said he spoke with Fordham University President the Rev. Joseph McShane. Some Marquette students also saw the pope during different parts of the trip.