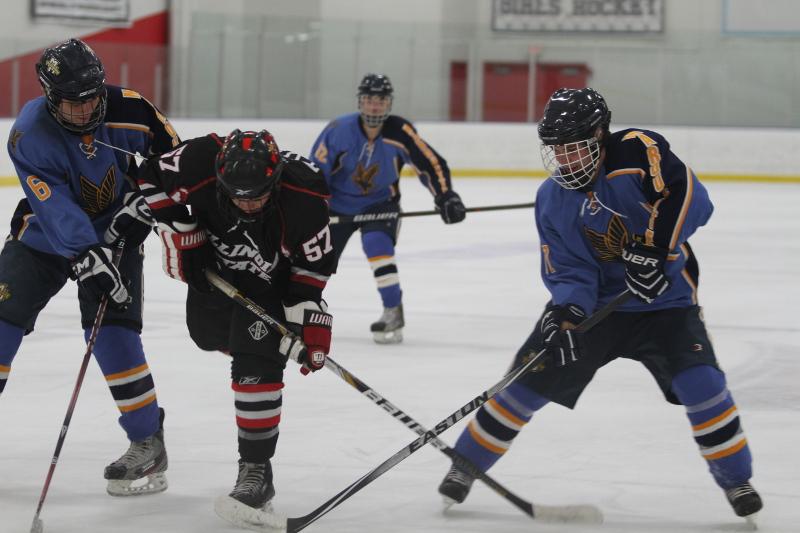 Marquette club hockey begins their first series of the season this weekend at the Ponds of Brookfield as they face Aurora University.

Aurora continues the trend of top-notch opponents scheduled to play the Golden Eagles as the Spartans enter the contest undefeated at 2-0, featuring a victory in their last game against Bradley in a 7-1 landslide.

For the Golden Eagles, who sit at 1-2-1, the name of the game has been continual improvement during practice each week.

“I look for us to continue to improve yet again this week and be better moving into our home opener on Friday night,” head coach Will Jurgensen said.

Jurgensen’s approach has yielded positive results thus far, despite a losing record. Team defense especially has shown vast improvement. During their first series with DePaul, the Golden Eagles surrendered four goals each per for a total of eight over the duration of the weekend. This past weekend, however, the team came together and allowed only two goals over the entire weekend at one allowed per game.

“That’s a good sign that we’re getting in shooting lanes and preventing the puck from getting to our net,” Jurgensen said. “The credit there goes to the defense, who all had much better games compared to last weekend.”

The team will need a solid defensive performance to stop the Spartans, who average 5.5 goals per game. Look for sophomore goaltender Robby Arner to once again make a difference in the game as the defense continues to improve.

The leader on offense is sophomore forward Brian Kennedy, the team’s leading goal scorer with three goals, who has scored in every game except one so far this season, the last game against Robert Morris-White.

Marquette will play both games at the Ponds of Brookfield, Friday’s game will take place at 7:30 p.m. while Saturday’s is at 1 p.m.